The roadster was the first of the MGB range to be produced. The body was a pure two-seater but a small rear seat was a rare option at one point. By making better use of space the MGB was able to offer more passenger and luggage accommodation than the earlier MGA while being 3 inches (75 mm) shorter overall. The suspension was also softer, giving a smoother ride, and the larger engine gave a slightly higher top speed. The four-speed gearbox was an uprated version of the one used in the MGA with an optional (electrically activated) overdrive transmission. Wheel diameter dropped from 15 to 14 inches (360 mm).

In late 1967, sufficient changes were introduced for the factory to define a Mark II model. Changes included synchromesh on all 4 gears with revised ratios, an optional Borg-Warner automatic gearbox (except in the US), a new rear axle and an alternator in place of the dynamo with a change to a negative earth system. To accommodate the new gearboxes there were significant changes to the sheet metal in the floorpan, and a new flat-topped transmission tunnel. All models are rear-wheel drive. To meet US safety regulations, later North American tourers got three windscreen wipers instead of just two (to sweep the required percentage of the glass), and also received a plastic and foam rubber covered "safety" dashboard, dubbed the "Abingdon pillow". Other markets continued with the steel dashboard. Rubery Owen ROstyle wheels were introduced to replace the previous pressed steel versions in 1969 and reclining seats were standardized in 1970. 1971 also saw a new front grille, recessed, in black aluminium. The more traditional-looking polished grille returned in 1972 with a black "honeycomb" insert. 1970 saw split rear bumpers with the number-plate in between, 1971 returned to the earlier five-piece style.

Further changes in 1972 brought about the Mark III. The main changes were to the interior with a new fascia.

To meet impact regulations, 1974 1/4 US models saw the chrome bumper over-riders replaced with oversized rubber ones, nicknamed "Sabrinas" after the well-endowed British actress.

In the second half of 1974 the chrome bumpers were replaced altogether. A new, steel-reinforced black rubber bumper at the front incorporated the grille area as well, giving a major restyling to the B's nose, and a matching rear bumper completed the change. These are 1974 1/2 models.

New US headlight height regulations also meant that the headlamps were now too low. Rather than redesign the front of the car, British Leyland raised the car's suspension by 1-inch (25 mm). This, in combination with the new, far heavier bumpers resulted in significantly poorer handling. For the 1975 model year only, the front anti-roll bar was deleted as a cost-saving measure (though still available as an option). The damage done by the British Leyland response to US legislation was partially alleviated by revisions to the suspension geometry in 1977, when a rear anti-roll bar was made standard equipment on all models.

The last MGB Roadster off the production line at Abingdon returned to Abingdon County Hall Museum on 1 December 2011 with the help of British Motor Heritage. It was lifted up 30 feet through a first floor window of the Grade I listed building with inches to spare and now forms part of the collection on display in the main gallery.

Work on a successor for the MGB had been undertaken as long ago as 1968, but British Leyland had pulled the plug on that project by the end of 1970. When the Abingdon factory finally closed in the autumn of 1980, British Leyland did not replace it.

Aston Martin expressed an interest in buying the Abingdon plant and continuing MGB production there. The consortia of businessmen behind the proposal commissioned William Towns to design an updated MGB, which was produced at Newport Pagnell in six days, ready for the publicity presentation. However, rejected outright by BL, this project failed to materialise. 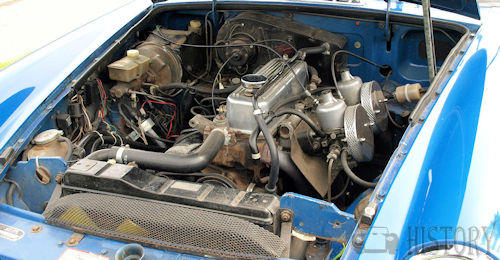 The Man With The Golden Gun  MGB car 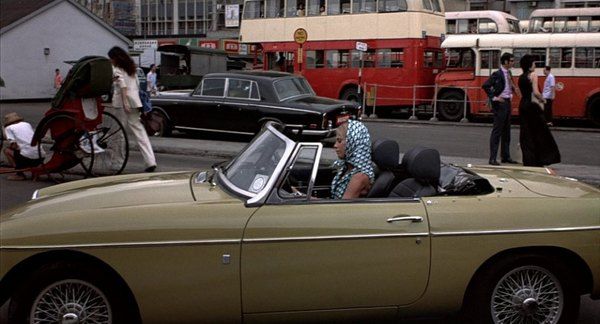