The W169 is constructed with high-strength steel alloys with bonded joints. It has a large number of airbags including optional rear side airbags (for side-impacts in the backseats), optional side-curtain airbags, and standard head and thorax-protection side airbags. The front airbags are adaptive with two-stage gas generators operating according to the severity of accident.

The force exerted by the seat belt system during a collision adapts dynamically depending upon the collision characteristics. The 'active' head restraints (standard for driver and front passenger) give enhanced protection from neck injury, especially during rear collisions.

The angle of the A-pillar is flatter than the windshield angle. The cargo capacity of the W169 was increased by 15 percent compared with the W168.

Seven types of motors are available, and all are four-cylinders: four petrol (gasoline) (A 150, A 170, A 200, A 200 Turbo) and three diesel (A 160 CDI, A 180 CDI, A 200 CDI) partnered with either five- or six-speed manual gearbox. A continuously variable transmission system called "Autotronic Constantly Variable Transmission" (CVT) is an optional feature.

The most powerful model can take the car from a standstill to 100 km/h (62 mph) in 8.0 seconds, and has a top speed of 218 km/h (135 mph). The newly developed direct-injection CDI diesel units use a common-rail direct injection system that improves fuel consumption and reduces exhaust emissions and noise levels.

All the engines meet the tight EU4 emissions limits. A particulate filter system is available as an option for the diesel units which reduces the particulate emissions by about 99% without the need for additives.

The A-Class is a front wheel drive car and features traction control (ASR) as standard, as well as electronic stability control and anti-lock brakes (ABS).

Handling is improved by precision tracking and anti-roll support, and by a Parabolic Rear Axle.

A "Selective Damping System", in which the shock absorber forces respond differently according to conditions, is standard. For example, under normal conditions it operates at soft absorption; while cornering at speed it changes to full damping force.

The W169 optionally comes with light-alloy wheels, with a run-flat feature, Tirefit tire sealant and a tire-pressure-loss warning device.

A four-day, seven-country tour which officially introduced the car culminated in an event in Milan, in the Castello Sforzesco, where all the touring units were received by a myriad of European personalities from music, fashion, sport and movies. Armani presented a fashion show and Christina Aguilera did a live performance of her song "Hello", composed exclusively for the occasion. The W169 advertising campaign included television spots with Christina Aguilera, Giorgio Armani and Boris Becker.

Sales of the W169 were targeted at 50,000 units in 2004. Dr. Joachim Schmidt, Executive Vice President Sales and Marketing, Mercedes Car Group, said that target had been reached even before vehicles arrived in dealer showrooms.

In 2007, the A-Class F-Cell were delivered to Landsvirkjun and Reykjavik Energy.

Tesla Motors, as part of its collaboration with Mercedes-Benz, is building electric powertrain components for the E-Cell. The 36 kWh battery contains approximately 4,000 individual lithium-ion cells.Mercedes has developed a modular system for electric vehicles with battery and fuel-cell. This system allows the efficient use of shared parts in all the brand's electric vehicles. Thanks to the modular approach the electric drive of the A‑Class E‑Cell is also used in the B‑Class F‑Cell, and the energy storage units in the A‑Class EV are the same as the battery in the Smart fortwo electric drive.

A limited production of 500 A-Class E-Cell electric cars will be built, for trial purposes, at the Mercedes Rastatt plant, near Stuttgart beginning in September 2010. As part of a demonstration program, the cars will be leased to selected customers in several European countries, including Germany, France, and the Netherlands. Daimler is not planning to sell the electric version outside Europe. 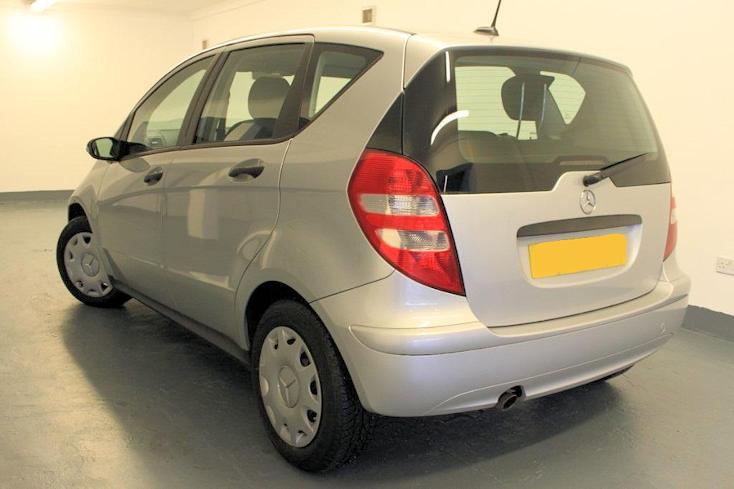