W123 is the internal chassis-designation Mercedes-Benz used for their executive line of cars, manufactured between 1976 and 1985.

The W123 models surpassed their predecessor, the W114 and W115 models, as the most successful Mercedes, selling 6.7 million cars before replacement by the W124 after 1985. The additional range of smaller Mercedes-Benz W201 models were introduced in 1982.

As usual, model names were related to engine sizes, type of engine and chassis type:

Mercedes-Benz introduced the W123 four-door versions in January, 1976. While there were some technical similarities to their predecessors, the new models were larger in wheelbase and exterior dimensions. The styling was also updated, although stylistic links with the W115 were maintained. Initially, all models except 280/280E featured quad unequal-size round headlights and the latter large rectangular units. When facelifted these units became standard across the range. All W115 engines were carried over, with the 3 litre 5-cylinder diesel model being renamed from "240D 3.0" to "300D" (as it had already been called before in North American markets). The only new engine was the 250's 2525 cc inline-six (Type M123, a short-stroke version of the 2.8 litre six Type M110) that replaced the old 2496 cc Type M114 six.

It is a tribute to the car's instant popularity – and possibly to the caution built into the production schedules – that nine months after its introduction, a black market had developed in Germany for Mercedes-Benz W123s available for immediate delivery. Customers willing to order new cars from their local authorized dealer for the recommended list price faced waiting times in excess of twelve months. Models that were barely used and were available almost immediately commanded a premium over the new price of around DM 5,000.

From August, 1977, long-wheelbase versions (3,425 mm (134.8 in)) were produced. These were available as 7/8 seater saloons with works bodies or as a chassis with complete front body clip, the latter serving as the base for ambulance and hearse bodies by external suppliers like Binz or Miesen. These "Lang" versions could be ordered as 240D, 300D and 250 models.

At the Frankfurt Auto Show in September, 1977 the W123T estate was introduced; the T in the model designation stood for "Touring and Transport". All engines derivative except "200TD" were available in the range. T production began in March, 1978 in Mercedes' Bremen factory. 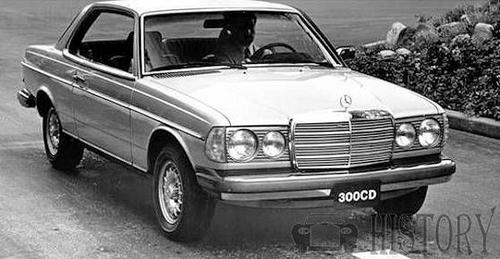 The first Mercedes turbo diesel production W123 appeared in September, 1979. This was the 300 TD Turbodiesel, available with automatic transmission only. In most markets, the turbocharged 5-cylinder 3 litre diesel engine (Type OM617) was offered only in the T body style, while in North America it was also available in saloon and coupé guises.

June 1980 saw the introduction of new 4-cylinder petrol engines (Type M102). A new 2 litre four with shorter stroke replaced the old M115, a fuel-injected 2.3 litre version of this engine (in 230E/TE/CE) the old carbureted 230. Both engines were more powerful than their predecessors.

In 1980/81 the carbureted 280 versions went out of production; the fuel-injected 280E continued to be offered.

In September, 1982, all models received a mild facelift. The rectangular headlights, previously fitted only to the 280/280E, were standardized across the board, as was power steering. Since February, 1982, an optional 5-speed manual transmission was available in all models (except 300 TD). 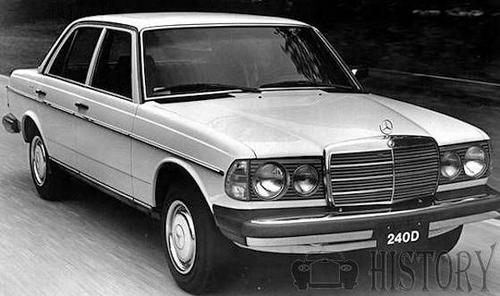 W123 introduced innovations including ABS (optional from August, 1980), a retractable steering column and an airbag for the driver (optional from 1982). 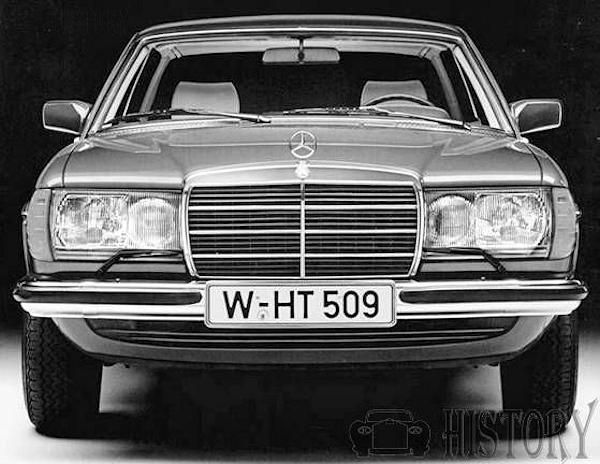 The North American W123s differ from the European W123s due to United States Department of Transportation requirements. 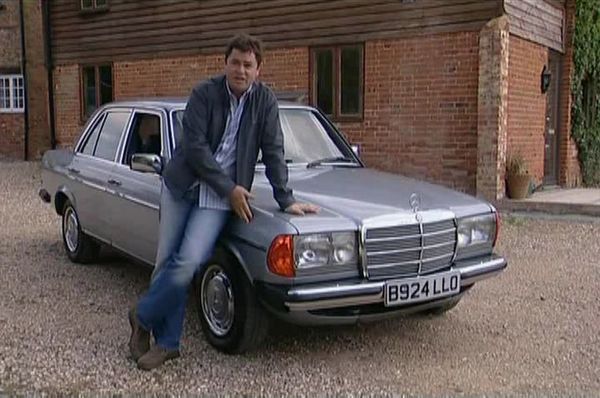 Mike with the Mercedes in the wheeler dealers tv series 1