The Mercedes-Benz W126 is a series of flagship vehicles manufactured by German automotive marque Mercedes-Benz. Premiering in September 1979 as the successor to the earlier W116 line, the W126 was the second generation of the Mercedes-Benz flagship to officially bear the S-Class name referring to Sonderklasse or "special class." The W126 was initially offered in straight-6, V8, and turbo diesel sedan models. In September 1981, 2-door coupé versions of the W126 were introduced. Compared to its predecessor, the W126 was more aerodynamic, fuel efficient, capacious, and powerful. The W126 S-Class debuted a new Mercedes-Benz design style which was subsequently used on other vehicles in the company's lineup. The W126 line also introduced many Mercedes-Benz safety innovations, including the first airbag supplemental restraint systems, seatbelt pretensioners, and traction control

The W126 had a twelve-year production run between 1979 and 1991, the longest of any S-Class generation since the flagship models were first built in the mid-1950s.

Following the debut of the 1970s generation W116 (which also included the flagship Mercedes-Benz 450SEL 6.9), Mercedes-Benz began plans for the next-generation S-Class model in October 1973. Codenamed "project W126,"the project had specific goals: an improved ride, better handling, and improved fuel efficiency. These improvements were aimed at helping retain the S-Class' market leadership as the world's best-selling prestige luxury sedan. Following the 1970s oil crisis, Mercedes-Benz had made fuel efficiency an especially pertinent goal (named "Energy Program"), even in the large V8 engined versions of the S-Class.

In terms of the body design, the objective of the W126 design team, led by Mercedes-Benz's Bruno Sacco, was to produce a car that was sleeker and more aerodynamic than the previous model. The application of lighter materials and alloys combined with thorough wind tunnel testing to reduce overall drag meant the car consumed about 10% less fuel than its predecessor.The maximum speed was also increased (250 km/h in the most powerful model).

After six years of development, the W126 was formally introduced at the Internationale Automobil-Ausstellung (International Motor Show, or IAA) in Frankfurt on September 1979. The initial lineup featured seven models in standard (SE, SD) and long (SEL, SDL) wheelbase sedan body styles: the 280 SE/SEL, 380 SE/SEL, 500 SE/SEL and 300 SD. Technically, the long-wheelbase (SEL) variants were codenamed V126, but this was not popularly knownIn 1981, the coupé version (SEC) of the W126 S-Class premiered at the IAA with the 500 SEC model. In 1981, Wheels Magazine selected the W126 model 380 SE as its Car of the Year.

Four years after the introduction of the fuel-efficiency "Energy Program," the model range had been reworked completely. In September 1985, again at the IAA in Frankfurt, the reworked model range was reintroduced. Apart from visual changes to the bumpers, side covers and alloys, the changes made to the available collection of engine variants was most visible. Two newly constructed 6-cylinder engines and new 4.2 and 5.6 litre V8's were added, and other engines were further upgraded.

In 1976, after several design concepts being presented, the design for the W126 S-Class was frozen. Design work on the coupe began immediately afterward. It premiered the next generation of Mercedes-Benz car styling, which came to dominate the lineup in the 1980s. Compared to its predecessor, the W116, the new model had more aerodynamic qualities than before, with a (drag coefficient of Cd 0.36 for the sedans, 0.34 for the coupés). For the first time, a Mercedes-Benz sedan was not equipped with traditional chrome bumpers; polyurethane deformable bumpers were used, and visually aligned with body panels

The interior featured pleated leather on the doors on later cars and woodgrain trim on the center console and across the dash, and a simplified layout with symmetrically placed buttons. Both zebrano and burled walnut were used on low/mid and high-end cars, respectively.

Novel luxury features/options included the following safety, comfort, and technological features. Whilst almost all of these features are available on modern luxury cars today, each in its own right was considered very significant in the 1980s. The harmonious and "matter-of-fact" way which these were combined, as well as their renowned durability, has added to the appeal of W126.

In September 1985, two newly constructed six-cylinder SOHC engines, M103 (already used in the new mid-sized Mercedes-Benz W124 series), replaced the 2.8-litre DOHC M110 engines. The carburetted version was replaced by a 2.6-litre fuel injection engine, while the 3.0-litre version replaced the fuel injected M110. Also new was a 4.2-litre V8 engine, designed to replace the 3.8 litre version used in the W126 sedans, coupés, and the SL-Class. The 5.0-litre engine was modified to receive electronic ignition and electronic-mechanical fuel injection in form of the Bosch KE-jetronic system. Performance was increased to 245 hp (183 kW). An ECE version of the 5.0-litre M117 V8 engine was also available from September 1987 with a power output of 265 hp (198 kW)

The largest new engine was the 5.6-litre V8 that was a further development from the 5 litre version. An increased stroke meant it could turn out a hefty 272 hp (203 kW). There was a higher compression version available, if required, that produced 300 hp (220 kW). This version was only available without catalytic converter. But even without the catalytic converter this ECE version, as it was known, would meet the emission requirements of the European community.

A 3.0-litre inline-five cylinder turbo diesel was offered from 1981–1985 in North America. In 1986, the 300SD was replaced with the 300SDL. It was part of the second generation of W126 model lineup. The five-cylinder engine was replaced with the new inline six-cylinder engine and the engine was only offered in long-wheelbase. The new engine had 148 hp (110 kW) compared to 125 hp (93 kW) of the previous version. California specification 1986 and all 1987 cars were the first diesel cars to have a diesel particulate filter. This early implementation did not hold up under normal use, and was replaced by a standard diesel oxidization catalyst in the course of a recall.

Like the current model S-Guard, specially modified W126 S-Class models were produced for the transport of dignitaries and world leaders. Among the modifications made included a wheelbase stretch, bulletproof glass, and armored body panels.

The W126 S-Class's twelve-year production run was longer than any S-Class before or since, and following the debut of the W140 S-Class in 1991, the additional two years of production in South Africa was a testament to the W126's popularity in the export market. Many W126s have been prominently featured in films long after production ended. 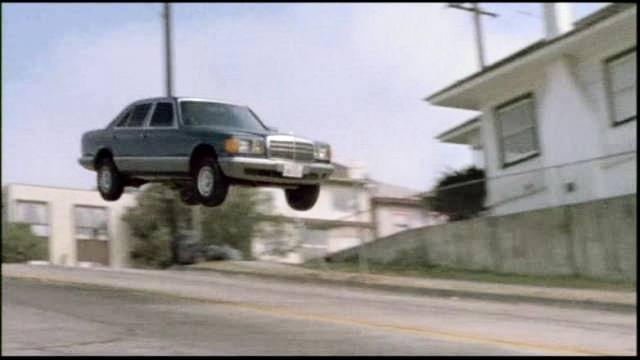