The Mercedes-Benz W180 is a 6-cylinder sedan, coupé, and convertible made from 1954 to 1959. The models associated with the W180 chassis code were the 220a and 220S. The latter has often been identified as the first E-Class, though Mercedes-Benz did not officially adopt the E-Class nameplate for its midsize line until 1984.

The W180 was one in a series of Mercedes-Benz models to informally receive the "Ponton" nickname. This was in reference to the unibody-type, pontoon-shaped exterior styling which was also featured on the later W128 line.

The passenger cabin was also lengthened by 70 mm (2.8 in) to provide an increase in the leg room available to rear seat passengers. From the side these six cylinder cars can readily be distinguished from their shorter four cylinder siblings by the extra "quarter light" windows incorporated in each of the rear doors.

Visually, the 220S featured a new one piece front bumper, instead of the 3-piece bumper used on the 220a. Also, the twin chrome and rubber strips running under the doors of the 220a were replaced with solid chrome strips. The most obvious difference is the addition of a chrome strip running along the front fenders and doors of the 220S.

The 220S was available with a 4-speed column shift manual transmission, with an optional Hydrak automatic clutch. This made use of small microswitches on the gear selector that automatically disengaged the clutch when the driver changed gears. Many cars have subsequently been converted to use a regular manual clutch, due to the high maintenece costs of continuing to use the Hydrak clutch.

In July 1956 a Cabriolet (two doors, four seats) joined the line-up, and in October 1956 a Coupé version followed suit. Some Cabriolets were finished with folding rear seats to accommodate additional luggage.

The fuel-injected 220SE versions that officially bore the model code W128 were introduced in October 1958 and carried on until November 1960. 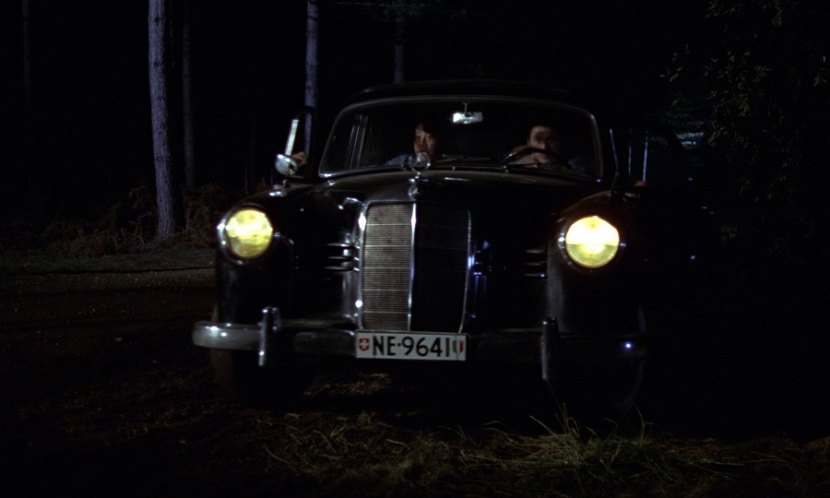