In 1990, Mercedes-Benz proposed a plan to replace the G-Class, which at the time had been in production for 11 years. A joint agreement with Mitsubishi Motors to develop and produce a sports-utility vehicle was made in early 1991 and was confirmed publicly that June. Plans were made to base it off the Montero/Pajero platform, with one of them being badged as a Mercedes-Benz and the other a Mitsubishi. In May 1992, these plans were abandoned citing "technical problems" and Mercedes-Benz continued on with in-house development In March 1993, a search for a location to build a U.S. manufacturing plant began. By September 1993, a location in the state of Alabama was chosen and construction started in 1994. While plans were being made overseas, in Germany development continued. Design work took place from 1992 to late 1993 when a final design, helmed by Michael Mauer under design chief Bruno Sacco was chosen and approved by the executive board. The design patents were filed in Germany on July 13, 1994, and in the U.S. on January 13, 1995. Prototype testing took place from 1994 to late 1996 in various climates and regions of the world. In July 1996, construction on the Mercedes-Benz U.S. International plant concluded, with the very first M-class rolling off the production line the week of February 9, 1997. The car was promoted in the 1997 movie The Lost World: Jurassic Park before its launch. Three pre-production models were featured in the movie. Two are displayed at the Universal Studios in Orlando, Florida, and one is displayed at the Mercedes-Benz Museum in Stuttgart, Germany.

Mercedes-Benz launched the first generation W163 series ML-Class on February 19, 1997, in the United States for the 1998 model year, with sales beginning that September. It is a mid-sized body-on-frame SUV with seating for five, or seven with an optional third-row seat. The ML-Class was the first luxury SUV to feature electronic stability control, a system designed to detect loss of control and instantaneously intervene with selective braking to bring the vehicle back on its intended course. Furthermore, the ML-Class boasted front- and side-impact airbags with advanced occupant detection for the front passenger seat, which, helped earn the W163 the highest marks in insurance industry crash tests.

Four-wheel Electronic Traction System was said to perform excellent for light and moderate off road use, but could cause unpredictable handling in severe off road use.

Manufactured in Tuscaloosa, Alabama, in the United States, the ML-Class launched in the North American market first as the ML 320. The ML 320 was sold internationally, with the "320" suffix alluding to the 3.2-litre V6 engine. An entry-level, manual transmission-only ML 230, fitted with a 2.3-litre inline-four was available in Europe from launch in March 1998 until 2000. From launch in 1998, European markets also received the ML 270 CDI with a 2.7-litre inline-five turbodiesel engine. This unit was made available in Australia in 2000 and continued on in the W163 until being replaced upon the release of the W164 ML-Class in 2005.

Later, in 1998, the more powerful ML 430 became available with the newly introduced Mercedes-Benz 4.3-litre V8. This was followed by the February 1999 debut of the 2000 ML 55 AMG, featuring a 5.4-litre V8 engine made by AMG, modified bodywork, and other performance features.

In September 1996, before the vehicle was launched, Mercedes-Benz allowed the producers of the 1997 film The Lost World: Jurassic Park to make use of two pre-production ML-Class SUVs as a way to advertise the W163 when it was launched in 1997. As a result, a Mercedes-Benz advertisement appears before the film on original VHS copies of the film. Jeff Goldblum, the star of the film, received a complimentary ML 320 from Mercedes-Benz as a result of the tie-in.

The ML 320 was Motor Trend magazine's Truck of the Year for 1998 and was voted the 1998 North American Truck of the Year at the North American International Auto Show, Detroit, in January 1998. Despite this, Mercedes-Benz received considerable criticism with respect to the substandard quality of the W163. quality improved over the years, especially after the facelift in 2001 for the 2002 model year, DaimlerChrysler spent US$600 million on improvements at the Alabama factory before launching the second generation ML in 2005.

Mercedes-Benz revised and updated the W163 in 2001 for the 2002 model year. Styling updates involved the fitment of new head- and tail-lamp lenses, front and rear bumpers, new alloy wheels on most variants, the relocation of the side turn signals from the fenders to the side-view mirrors, and various interior trim changes. At the same time, the ML 430 was replaced by the 5.0-litre V8-powered ML 500 and a new 4.0-litre V8 turbodiesel ML 400 CDI became available in Europe. The following year, in 2002, Mercedes-Benz launched the ML 350 fitted with a 3.7-litre V6 engine. The ML 350 replaced the ML 320 in some markets, but supplemented it in others. The W163 was available as a seven seat version, with two seats in a third row. Access was problematic and the seats were not for large adults. The seven seat version was dropped in the W164, with this role undertaken by the longer wheelbase GL model

The previous Popemobile was based on a W163 series ML 430 and has been in service since July 2002.Volkswagen had offered to build a new vehicle based on the Touareg, but Pope Benedict XVI opted to continue using his predecessor's Mercedes-Benz-manufactured vehicle. 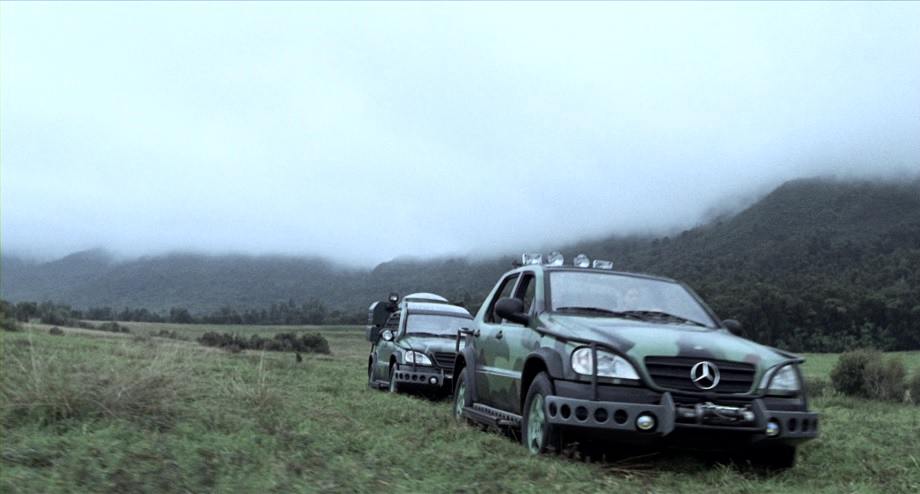