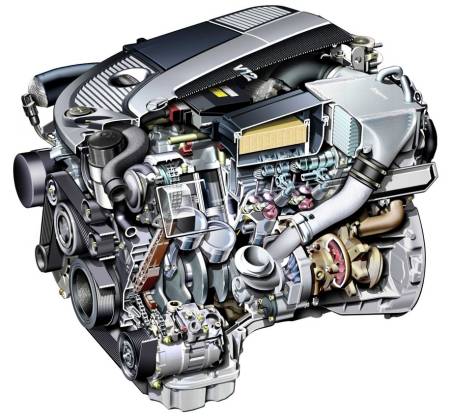 The M 275 is a gasoline engine with twelve cylinders in V-arrangement and twin turbochargers of the brand Mercedes-Benz . It was first introduced in 2002 in the S-Class 220 series and gradually replaced in most models its predecessor M 137 . End of production ended in 2013, the M 275 was replaced by the M 279 . The engine was used in the S-Class , the SL and the CL Coupe .

Like its predecessor, the M 275 has one camshaft per cylinder bank and one exhaust valve per cylinder and two intake valves that are actuated by aluminum roller rocker arms and two spark plugs that are actuated with a time delay. The biggest difference to its predecessor, in addition to the slightly reduced engine capacity, is the twin-turbo charging system, which was first installed at Mercedes-Benz in a twelve-cylinder engine .

The production version of the M 275 delivers with 5.5 liters of displacement between 367 kW (500 hp) and 380 kW (517 hp). The maximum torque available is between 800 and 830 Nm. Due to this high torque, the engine is coupled to a five-speed converter gearbox designed for higher input torques and was not offered with the 7G-Tronic transmission.

AMG offered the engine as a six-liter version with 450 kW (612 hp). The torque is electronically limited to 1000 Nm to avoid gear damage. It would be possible according to Mercedes-Benz over 1100 Nm. This engine is also used in the Maybach 57 S and 62 S, but at the end of 2009 the Maybach Zeppelin also presented a more powerful version with 470 kW (640 hp). The same performance level is used in the facelifted CL at the end of 2010. The maximum torque is still 1000 Nm there.

Specifically for the Pagani Huayra , AMG produces a version of the M 275 with a displacement of six liters under the name M 158 . The engine achieves 537 kW (730 hp) in this version and has a maximum torque of 1000 Nm.

The tuner Brabus uses the M 275 as the basis for its engine in the E V12 and Brabus Rocket . Here he makes after a displacement increase to 6.3 liters of 537 kW (730 hp) and reaches 1320 Nm of maximum torque, which is also limited, however, with regard to the transmission to 1100 Nm. 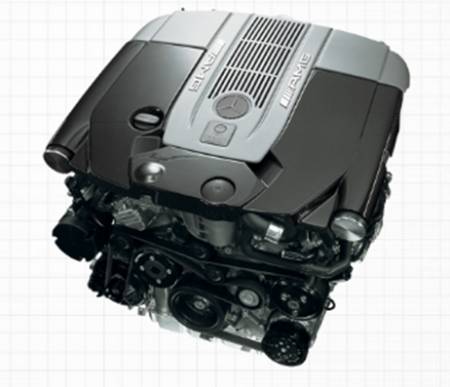 In Maybach 57 and 62 , a variant M 285 is installed. With the same cubic capacity, it has 404 kW (550 hp) thanks to modified electronics and turbochargers as well as other engine measures and has a maximum torque of 900 Nm.

The M158 is a 6.0 L (5980 cc) version based on the M275. The engine uses smaller turbos (for reduced turbo-lag), re-programmed ECU, modified intercooler configuration and dry sump lubrication. It produces 720 horsepower (537 kW) and 1,000 N·m (740 lb·ft) of torque. AMG builds this engine specifically for Pagani Automobili for use in their Huayra supercar. 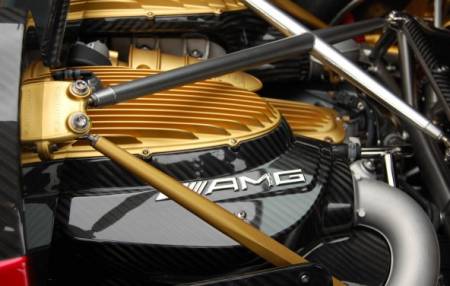