The McLaren GT ( Grand Tourer ) is a sports car from McLaren built since 2019.

Announced another McLaren model as part of the Geneva Motor Show 2019.  On May 15, 2019 Manufacturers finally presented the sports car. The GT had public debut in late May 2019 in Monaco .

It is the British company's first grand touring car and is based on the same platform as the McLaren Speedtail and 720S . The vehicle is based on the Speedtail and in contrast to the other models from the range of the manufacturer as long- distance driving suitable . This property should result from a higher level of comfort and more space in the interior and trunk, which is achieved, by a longer vehicle body. 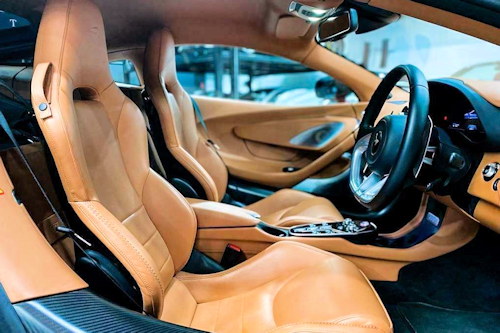