In 1961 Toyo Kogyo presented the Mazda B360 for the first time in the Japanese market. This was a pickup truck based on the first Mazda car Mazda R360 was created. In 1966, the vehicle received a facelift and was finally replaced in 1968 by the Mazda Porter .

Compared to the Mazda R360 a station wagon with 4 seats, but also had only 2 doors. In addition to the van there was also a pickup truck with or without body. With the R360, the B360 also shared the 356 cc air-cooled two-cylinder OHV 4-stroke gasoline engine with 13 hp (9.5 kW) in this model. It powered the rear wheels by means of a 4-speed manual gearbox or optionally also a 2- speed automatic transmission with torque converter . In September 1963 there was a small overhaul, where essentially the engine DA. This had grown compared to its predecessor to 358 cc and now with water cooling it reached 20 hp (15 kW) performance. 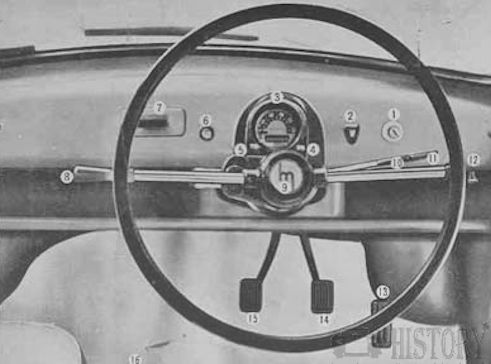 The B600 was the export model that had a 577 cc air cooled OHV engine version. In 1964, this engine was converted to water cooling, grew to 596 cc and perform 35 hp (26 kW). The B600 was not sold in Japan.Already the Mazda T-series and its predecessors were exported to Burma among other countries . This also happened with the B600. After the end of production of the T-series Mazda in 1973 sold the production facilities of this and the Mazda B360 / 600 to the state-owned company Myanmar Automotive and Diesel Engines Industries Ltd. abbreviated MADI. Since then, these models have been produced locally.