The Mazda Capella is a mid-size family car manufactured by Mazda Motor Corporation from 1970 to 2002. Sold in the Japanese Domestic Market under the Capella name, the vehicle was also commonly known in other major markets as the 626. Mazda's partner at the time, Ford Motor Company would also use the Capella platform to create the Ford Telstar and Ford Probe. 4,345,279 of the 626 and Ford Telstar models were sold worldwide.

Designed to compete against Japanese midsize stalwarts such as the Honda Accord and Nissan Bluebird, the Capella would be succeeded by the Mazda Atenza in 2002

This generation was sold in export markets as the Mazda 616 in sedan and, for some markets, coupé configurations.

The second generation rear-wheel drive Capella was available between 1978 and 1982, in both sedan and coupe forms. It was known on export markets as the 626, with the exception of the United Kingdom, where it was called the Mazda Montrose, the name was changed to honour the local Mazda dealership in Montrose. It began appearing in 1978, although the model's introduction to most markets was delayed until 1979. Early models had two slightly different frontal treatments, one with a more pronounced sloping grille to denote some models, particularly on the Japanese domestic market. A bolder front and rear facelift, though similar in appearance, was done for 1981 but this model was not sold in the UK. It was, however offered in Europe and this and later generations were particularly popular in Germany.

In September 1982 the third generation Capella was released using the new front-wheel-drive Mazda GC platform. As before, the international version was named the 626, with this version being named Import Car of the Year by Motor Trend magazine and Car of the Year by Wheels magazine for 1983. Sedan and coupé body styles were offered as before, with - due to demand - a five-door hatchback variant added. 1.6, 1.8, and 2.0 liter inline-fours were offered, with the 2.0 also available with a turbo and 145 PS (107 kW). In September 1983 a two-liter diesel was added to the lineup. In other regions including Finland, the 626 offered 101 hp (75 kW) with a twin barrel carburetor.

The fourth-generation Capella was released in May 1987 It used the updated GD platform and some versions remained in production in Japan until 1996. Engines were new, though they still emphasized torque rather than outright power. Most of the world received 1.6, 1.8, 2.0, and 2.2 (non-turbo) engines. The GT model had a 2.0-liter FE-DOHC engine that produced 148 (non-cat) or 140 PS (cat). Some models were available with a new 2.0 diesel RFT engine, notable for its use of a pressure wave supercharger (Comprex), that previously could be found in the Mazda Bongo commercial. Diesel models were also exported to Europe, usually with the naturally aspirated engine. By 1990, the 1.6 had been discontinued in most markets, although JDM models intended for commercial use still used the little B6 engine.

The "Capella" label was only used for the previous generation wagon and van for a few years in Japan. This changed when the new, more compact Capella was launched in August 1994. It was built on the CG platform designed for the upscale Mazda Lantis and Eunos 500. This vehicle lasted exactly three years, and the Capella name returned to the G platform after 1996. Available only with a sober four-door saloon bodywork, it received 1.8 or 2.0 liter inline-four engines.

1997 brought the sixth-generation Capella, now on the GF platform. The Mazda Cronos name was retired and the Capella, 626, and Telstar once again shared a common platform. All-wheel drive was optional in Japan. North American 626's were again built by AutoAlliance International in Flat Rock, Michigan, and had an entirely different body and differing engine options from 626's sold in the rest of the world. Once again, the station wagon version used a slightly modified, carryover platform (now called GW). The wheelbase was 60 mm (2.4 in) longer than the sedan, and a V6 engine was offered. This time though, the bodywork was the same, minimizing confusion for buyers. 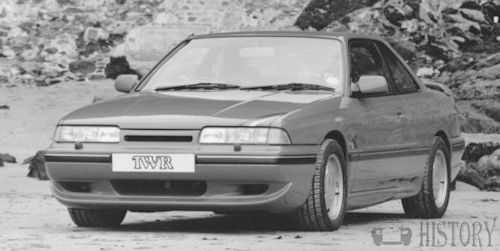