The Demio was redesigned in 2002 on the DY platform. The Demio name continued in Japan, while the rest of the world dropped Demio and other names in favor of Mazda2. Since debut, 2 has been well received by the market pushing its Japanese domestic sale to as high as 7th place.

The badge-engineered Ford version, the Ford Fusion, is no longer made, as Ford began importing the Ford Fiesta on the Global Ford B3 platform which is based on Mazda's DY platform The car is produced for Europe at a Ford plant in Valencia, Spain.

All Demios come with ABS and EBD, and stability control is optional. An innovative feature offered in Japan is e-4WD, a hybrid car-type system which uses an electric motor to power the rear wheels of this front wheel drive vehicle when needed. In the Demio, this system is used only as a traction aid, not for increased fuel economy as in most other vehicles. 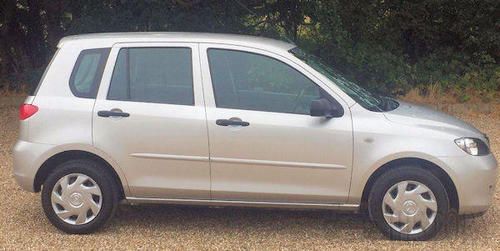 Three trim levels were available in Japan, each targeted by Mazda at a different demographic:

In Europe, trim levels were S, TS and TS2. The TS and TS2 were renamed Antares and Capella in 2004. The Japanese 1.3 and 1.5 petrol engines are not available, but Ford's 1.25-litre 16 valve Sigma engine is used, and Mazda's 1.4 and 1.6 petrol, plus Fords 1.4 TDCi diesel are offered, but called 1.4 CDTi by Mazda. (Virtually all the engine parts are interchangeable with the 1.4 Diesel versions of the Ford Fiesta and Ford Fusion of the same period). The Mazda2 is sold with a variety of Z-family engines: 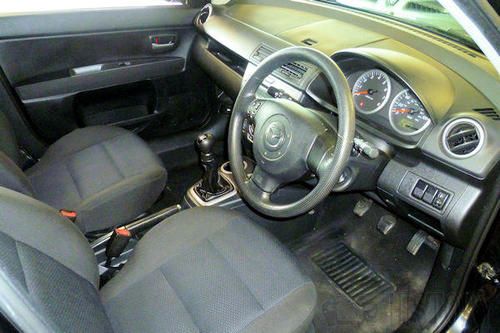 The basic  equipment that is standard across all versions of the Mazda 2 from 2002 to 2007.

In 2004 Mazda introduced the Verisa in Japan. The Verisa is based on the Demio but targeted further upmarket. This version of the Mazda 2 takes 108mm PCD, four-stud wheels, the same as the Ford Fiesta, Fusion and Escort, though with a slightly different offset. 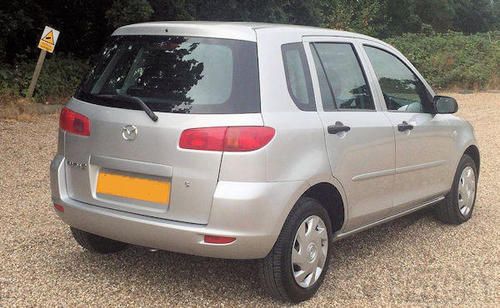