The 1972 rotary Luce was also known as the Mazda RX-4 in export markets. It was available as a coupé, sedan, and "custom" (station wagon). Two rotary engines were offered, the regular 12A and low-emission AP 13B.

The Mazda RX-4 (called the Luce Rotary in Japan) is an automobile sold in the 1970s. It was a larger car than its rotary-powered contemporaries, the Capella-based RX-2 and Grand Familia-based RX-3. It shared the Luce chassis, replacing the R130 in October 1972, and was produced through October 1977. Its predecessor (the R130) and replacement (the rotary Luce Legato) were not sold in the United States. Mazda marketed the RX-4 as being sporty and luxurious with the RX-4 having the best of both worlds. This gave Mazda a well needed boost in the popularity of the Wankel engine unique to Mazda. 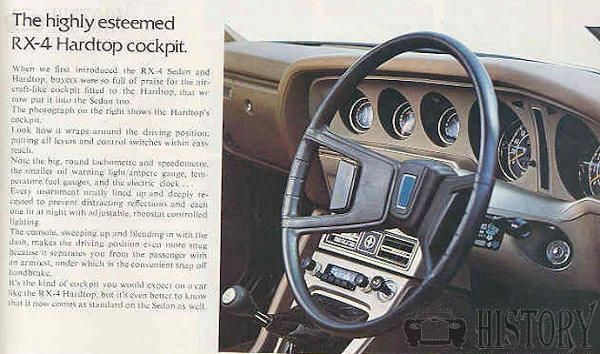 The RX-4 was initially available as a hardtop coupé and sedan, with a station wagon launched in 1973 to replace the Savanna Wagon. Under the hood at first was a 130 hp (97 kW) 12A engine, but this was replaced by the larger 13B in 1974 producing 125 hp (93 kW), for export. This engine was Mazda's new "AP" (for "anti-pollution") version, with much-improved emissions and fuel economy, but somewhat worse cold-starting behavior.

In South Africa it was produced until 1979, all years only with the 12A engine.

The car used an strut-type independent suspension in front with a live axle in the rear. Brakes were discs in front and drums in the rear. Curb weight was low at 2,620 lb (1,188 kg) and the wheelbase fairly short at 99 in (2510 mm). The body was freshened in 1976. 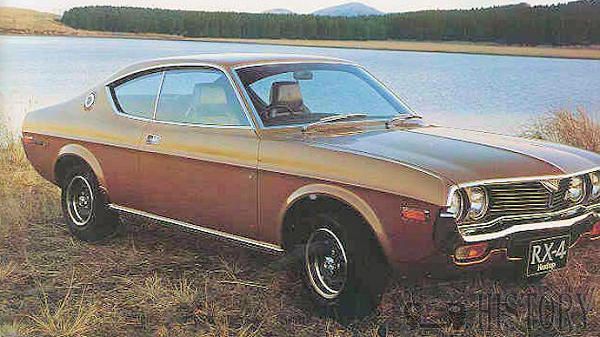 Road & Track magazine was impressed, noting the car's improved fuel economy and price compared to the RX-3. This was notable, as the Wankel engine had suffered by the mid 1970s with a reputation as a gas-guzzler. Performance was good in a 1974 comparison test of six wagons, with an 11.7 s sprint to 60 mph (97 km/h) and an 18 s/77.5 mph quarter-mile. The magazine noted that the wagon's brakes suffered from the extra 300 lb (136 kg) weight compared to the coupé. 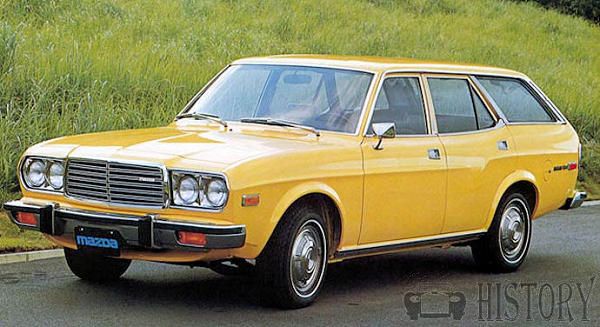