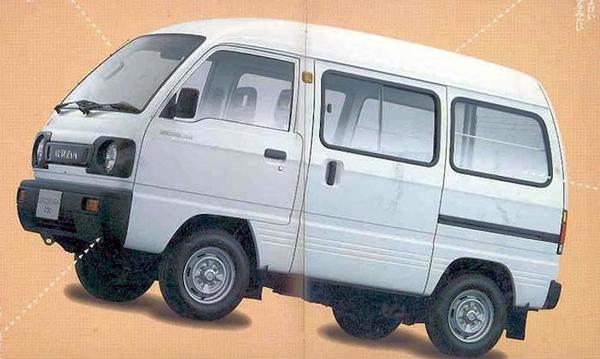 The Mazda  Autozam Scrum The name "scrum" comes from a maneuver from the game of rugby.to represent "Tough" is a kei class microvan and pickup truck sold in Japan by Mazda. Originally part of the company's Autozam marque it was first introduced in June 1989 (DG41, DH41 for 4WD versions).

Mazda still sells the Scrum under its own name. The Scrum is a re-badged version of the Suzuki Carry and used Suzuki engines. The first model year had 550 cc Suzuki F5B engines (34 PS or 25 kW or 52 PS or 38 kW with an intercooled turbo) but after only nine months this was replaced by the larger engined DG/DH51 (660 cc, 38 PS or 28 kW or 58 PS or 43 kW) as the kei car standards were changed that year.

A passenger car version called the Scrum Wagon was added for 2000, while the commercial use truck and van were updated.

The Mazda Scrum uses a 660 cc DOHC three-cylinder engine and is available with 4WD or 2WD. The 4WD version can also be switched between 4WD and 2WD and has high and low gears. 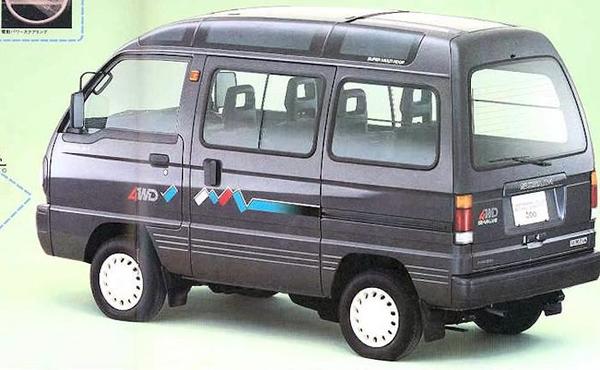