The Maserati 3200 GT (Tipo 338) is an automobile produced by Maserati from 1998 to 2002. The luxury coupé was styled by Italdesign, whose founder and head Giorgetto Giugiaro previously designed, among others, the Ghibli, Bora and Merak. Interiors design was commissioned to Enrico Fumia and completed by 1995. 4,795 cars were produced.

Sold mainly in Europe, the 3200 GT shared the twin-turbo 3.2 litre V8 featured in the Quattroporte IV and Shamal revised and tuned to 370 PS (272 kW; 365 hp), 115 PS (85 kW; 113 hp) per litre. This manual-transmission version was produced until 2001. The tail-lights consisted of LEDs arranged in the shape of boomerang. The outer layer of the 'boomerang' provided the brake light, with the inner layer providing the directional indicator. The car was replaced in early 2002 by the similarly designed Maserati Coupé, when Maserati returned to the US market. 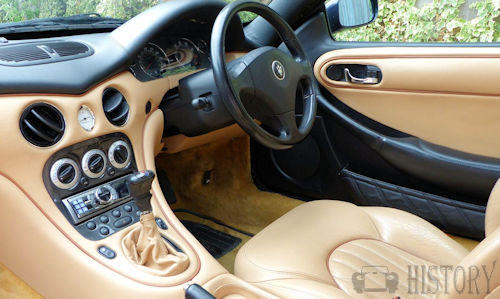 In 2000 an automatic transmission has become available for 3200 GT. It's either referred to as 3200 GT Automatica or simply 3200 GTA. Engine output remained unchanged. This version was produced until 2002.

Presented to the public at the 2001 Geneva Motor Show, the "Assetto Corsa" was a limited-edition, run-out version of the GTA with a special handling package. This edition was limited to 250 units and available in three colours: Grigio Touring, Grigio Alfieri and Rosso Mondiale. Assetto Corsa was lower than standard car by 15mm, had larger front anti-roll bar, stiffer springs and had specific ventilation ducts. Interior featured perforated Connolly leather seats and 'Assetto Corsa' script on the sill kick panels. Special were also dark grey painted 15-spoke 18' BBS alloy wheels. Both kerb weight and performance was the same as on GTA. 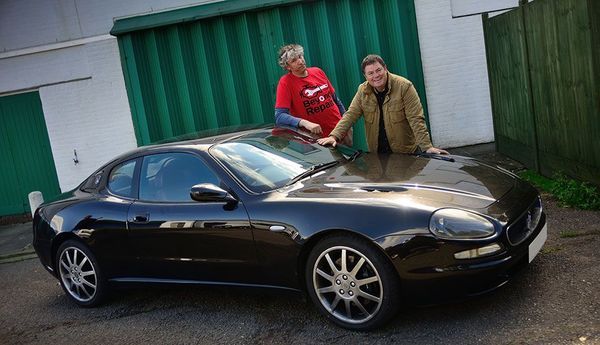