The Maruti Alto is the Indian-built version of the fifth generation Alto, manufactured by Maruti Suzuki. It was launched in the local Indian market on September 27, 2000 although the Alto nameplate was very successfully being used to export the Maruti Zen to Europe from India since around 1994 having captured over 40% market share in Belgium and 33% in Netherlands by 1998.It is the best-selling hatchback in India.Since 2006, It is India's largest selling car and crossed the 1 million production figure in February 2008 becoming the third Maruti model to cross the million mark in India after Maruti 800 and Maruti Omni and fourth overall joining Hyundai Santro. A new version of the Alto called the Alto 800 was released in the Indian car market on October 16, 2012. This new version of the car was the first major redesign of the Alto in the Indian auto scene after its introduction in India in 2000. It features new engines, a new design and added features among other changes. Besides being exported to Europe from 1994 to 2004, it has also been exported to several other countries.

Until the late 2010 introduction of the K10 Alto, it was powered by a three-cylinder 796 cc gasoline engine with 4 valves per cylinder, MPFI and a 32bit ECM. All models have a five-speed manual transmission. There also used to be a VX/VXi model with a 4-cylinder 1061 cc engine (64 bhp/80 Nm torque) launched in April 2001. This has now been discontinued, although it is still sold in certain European countries. The VX model also featured a tachometer not found in lesser Altos.

The Alto is offered in the following variants:

The Alto was seen as a natural successor to the time-tested and equally popular Maruti 800 (MB 308). It contained all the plus points that the 800 offered Indian car-buyers, in addition to features such as power-steering, power-assisted braking and a 5th gear that the 800 did not normally have. The popularity of the Alto has steadily increased over the past few years, mainly due to the aggressive pricing. This reduction in prices has mainly come in due to the reduction in excise duty over time. Alto became the first car in India to sell over 200,000 units in a single financial year, the last 100,000 units being sold in 5 months. Alto was also the only car to sell over 22,000 units in a single month. Maruti's vast network of dealerships and Maruti Authorized Service Centers (MASS) have also contributed towards this massive popularity in the Indian entry-level automobile market.

Maruti Alto with K Series Engine Maruti Suzuki has launched a new version of Maruti Alto in the Indian auto market in August 2010. The new Maruti Alto K10 is equipped with the company's 1.0 L, K-series petrol engine which also currently powers the A-Star and Wagon R. The K10B engine delivers 68 PS (50 kW) of maximum power at 6,200 rpm with 90 Nm of maximum torque at 3,200 rpm. 0–100 km/h is possible in 13.33 seconds. The company's senior official said that they have no plans to discontinue the previous version with the launch of Maruti Alto. The K10 has a redesigned front end, with more sculpted headlights.

The Alto 800 has all-new bodywork and interiors. It replaced the first generation Maruti Alto, and while keeping the 796 cc engine, there have been several modifications. The price of the Alto, already India's best-selling car, was actually lowered with the model change. Various methods were found to lower the price, including the lowering of the weight of each individual component by one gram each, and also by building their own robots for manufacturing the car.

LXI Airbag- Includes all features of LXI but also gets airbags.

Maruti Alto 800 CNG Base- Maruti along with the regular variants has introduced CNG option which offers a whooping mileage of 30.46kmpl. Maruti Alto 800 comes with wavefront design,fresh and spacious interiors, 3 spoke steering wheel with silver accents and utility spaces on the dashboard.

Maruti Alto 800 CNG LX- Maruti Alto 800 CNG LXI boasts of comfort features like assist grips for the driver, front seat passenger as well as the rear seat passengers. There are can holders, coin holder and 1L botlle holder, plus the hatch offers dial type climate control,remote fuel lid opener and passenger side utility pocket. There are airbags offered as an optional accessory. 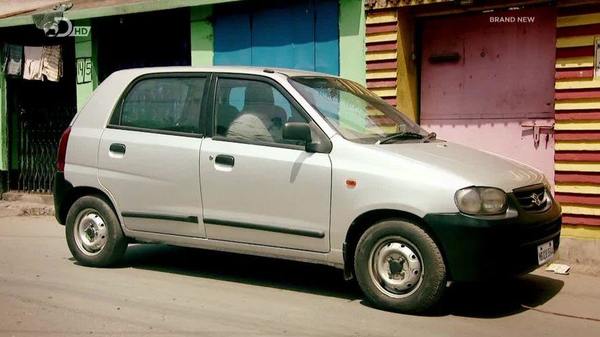