The original Marcos Mantis is a sports car produced by the British car company Marcos. It was formally introduced in 1968 though production appears to have got off to a slow start. In February 1971 Marcos announced that the car could now also be purchased in component form, at a domestic market price of £2,425 compared to the recommended retail price of the built version of £3,185 (At this time the V8 Rover 3500 came with a UK sticker price of £2,150 including sales taxes.) 32 examples were produced, with production ending in 1971

The Mantis name has been used subsequently for models bearing little obvious similarity to the original model. Introduced in 1997, the Mantis GT version is a higher performance version of the Mantis. The name Mantis comes from the mantis insect and is to signify the performance of the Mantis' engine, a supercharged 4.6 litre V8 producing 506 bhp (377 kW) and 452 lb·ft (613 N·m) of torque allowing the Mantis to accelerate from 0-60 mph in 3.7 seconds and reach a top speed of 179 mph (288 km/h). The car features power assisted rack and pinion steering as well as AP Vented disc brakes which have a diameter of 284 mm (front) and 240 mm (rear). 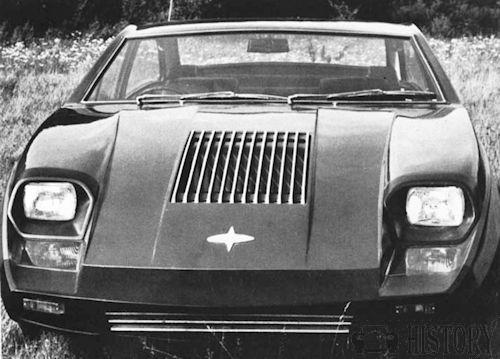