Commercial Automotive Manufacturer: of Great Britain from 1898 to 2007 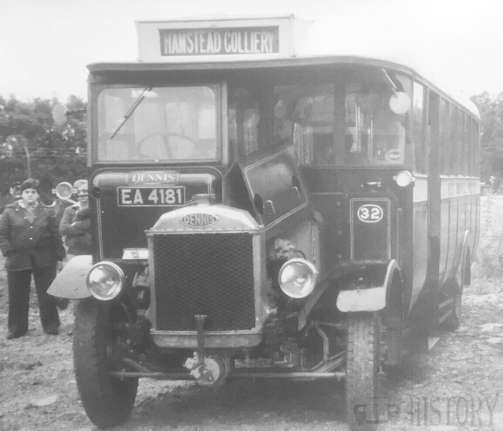 The Dennis brothers started as cycle manufacturers, and in 1898 commenced experiments with motorising tricycles.

In 1901 the first Dennis vehicle was produced; a motor car. It was in 1904 that the Dennis brothers produced their first commercial vehicle, a 15 cwt van supplied to Harrods of London. Also in that year they patented the worm drive rear axle.

1907 saw the introduction of a 2 ton van which was awarded the silver medal in the Royal Automobile Club's Commercial Vehicle trials.One of the products of the Dennis brothers which will always remain well known is the fire engine with its gleaming brass radiator. Their first fire engine was produced in 1908 and supplied to the City of Bradford, and incorporated a turbine pump. This was followed by the delivery of their first fire engine in 1910 to the London Fire Brigade.

1911 and 1912 saw the expansion of Dennis Brothers Limited by the erection of two more workshops increasing their total floor area by another 77,000 square feet. 1913 the business was converted into a public company andnamed Dennis Brothers (1913) Limited. In this year (1913) the private car production creased, and Dennis introduced their new 3 to 4 ton War Office subsidy truck fitted with a four cylinder petrol engine of 40 hp., and 7,000 of these were supplied to the Armed Forces during the first world war.
Post-war production introduced a new truck range to combat the shortage of vehicles for the country's transport system, the range was from 2 tons to 5 tons.

1916 saw further expansion in factory floor space, increasing the area yet by another 124,000 square feet by the erection of 3 more workshops.
The company was reconstructed in 1918 and renamed Dennis Brothers Limited.

In 1919 the company acquired White and Poppe Limited of Coventry who up to then manufactured petrol engines for Dennis. 1921 to 1925 saw further advancements, the first vacuum type cesspool emptier manufactured in 1921; a break into the municipal field, in 1925 the introduction of the pneumatic tyre on Dennis vehicles, and in the early 1930s the introduction of two three axled vehicles a 6 x 4; 12 tonner and double steering axle fitted with the 'Max Major'.

In 1939 and throughout the duration of the second world war the company was commissioned for war work as were all the other motor vehicle manufacturers. The expansion of the company demanded further increase in floor area in 1936 the factory area was increased to a total of 121 acres.
After the war Dennis introduced a six wheeler, the 'Jubilant' equipped with the 06 engine and a five speed gearbox followed by the 'Horla' fitted with the 'D' type engine and a four speed gearbox. Again immediately after the war in 1946 the Fl and F3 postwar fire engines were introduced. 1947 they introduced the 'Pax', the 'Max' and the 'Jubilant' models in Buenos Aires. Also a fleet of Dennis refuse collector introduced at the Institute of Public Cleaning Conference at Blackpool.

In 1948 the 'Centaur' truck powered by a diesel engine of their own design of 5 litre capacity made its appearance. The last post-war fire engine, the F 7 with a Rolls Royce engine appeared in 1949 whilst in 1950 a further fire engine version the F8 for Coventry Fire Brigade.

1952 to 1953 brought forth the new 'Pax 1 1' chassis fitted with a new o.h.v. petrol engine, 'Paxit Major' refuse collector, and introduced the Dennis double reduction rear axle and a 5Y2 litre diesel engine on the 'Centaur' chassis. 1954 came and the 25 cubic yard 'Paxit Major' refuse collector, the 'Rafidain' cesspool emptier and a new ambulance chassis
appeard.The introduction of six new vehicles over a period of time; 1956 the 'Hefty' goods vehicle with a new 8 litre engine; 1958—1960 the 'Condor', 'Pax Il DB' goods vehicles, and 1960 the F24 fire engine, and later in 1960 the 'Pax Ill' and the 'Pax IV'. Between 1961 and 1964 a considerable number of vehicles were introduced including a re-styled Dennis cab in 1961 ; Disc brakes on fire engines in 1962; 'Pax V' six wheeler and a 6x2 low loader at theScottish Motor Show in 1963, and 'Pax IV' tractor unit in 1963; in
1964 the acquisition of Mercury Truck and Tractor Company took place and the 'Maxim' 16/32 ton vehicles designed to take full advantage of the then revised Ministry of Transport Regulations allowing bigger and heavier vehicles on the roads of Great Britain.

1966 and 1967 saw the introduction of two articulated tractor units, the 'Pax' 22 ton tractor unit in 1966 and the 'Maxim' 30 ton tractor unit in 1967.
In 1970 came the re-organisation of the company by setting up a parent company named Dennis Holdings Limited with Dennis Brothers as a subsidiary, also in the same year they introduced 15.5 ton load carriers, tippers, six wheelers and the 'Defiant' DB 24 ton tractor unit, a complete new range of vehicles.

1972 saw the take over of Dennis Motor Holdings by Hestair Limited and a process of re-organisation took place. It is now evident that the concentration is on the production of the more profitable products — fire engines and municipal vehicles.

The Mercury Truck and Trailer Company Limited, which had been concerned with the production of special towing tractors and airfield vehicles including a towing tractor for the 'Concord', was sold to Marshalls of Halifax. After the reorganisation the same year saw the supply of 38 fire engines for the London Fire Brigade and the introduction of the Dennis Allycat refuse collector.
The new company continued to supply fire engines all over the U.K. and overseas. For the continuation of their municipal vehicles a specialist division of Hestair was formed, consisting of Eagle Engineering Company Limited, Yorkshire Vehicles limited, and Dennis Motors Limited to be known as E.N.V.E.C. (environmental vehicles) Group.

It became the largest supplier of municipal vehicles in the United Kingdom. Although the ENVEC group was formed in 1973 its life was limited and in 1974 the group returned to trading as independent companies. Dennis Motors Limited group of directors was now established, since 1985 the last Dennis trucks had been built. and by 2007 the last Dennis fire engine left the Guildford factory. 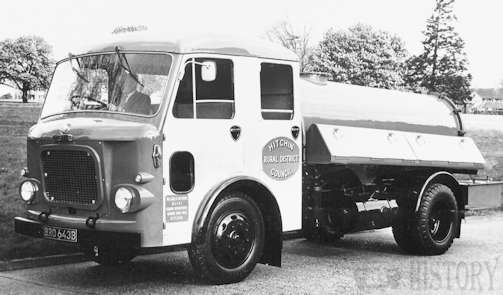