The Ledl AS is a two-seat sports car of the Austrian company Ledl , which was manufactured between 1981 and 1987 in a quantity of 249 copies. The vehicle is a self-developed ground up bult car, so is not a kit car , even if many parts of vehicles from other manufacturers were used.

In the 1970s Günter Ledl began to produce buggies and replicas made of fiberglass based on VW Beetle chassis . In total, over 800 such vehicles were created. On November 22, 1978, the prototype of an independent sports car was presented with the Ledl Tanga . In September 1981 they went with the model Ledl AS in mass production. The two-seater vehicle had a design based on super sports car wedge-shaped body made of fiberglass, in the motorization, however, limited to four-cylinder engines from Ford .

Due to problems with the typing of the vehicle for the Austrian market Ledl had to concentrate on the export. A total of 249 copies of the Ledl AS were created, some of which were even sold to Japan and New Zealand. In Austria, on the other hand, only 17 cars could be registered by road. In 1987, the introduction of compulsory catalytic converters in Austria meant the end of production: the loss of production until the availability of the new Ford engines was financially unaffordable for such a small company.

The production of the buggies was continued until 1994.  Today, the company produces under the name Ledl tuningcar accessories.

The following vehicles were all built on VW Beetle chassis and were available either as kits or as fully assembled vehicles. Most were the equipment variants "Standard", "Sport" and "luxury" to choose from.

Hippo Racing : 1973 saw the launch of Hippo Racing Ledl's first buggy model, with only three of these precursors of the Siva Grand Prix.
Siva : the Siva was the cheapest body version and based on the shortened VW Beetle chassis from 1955. He was made between 1973 and 1979 in the variants "Grand Prix", "Junior" and "Special". The "Siva Grand Prix" was the best-selling Ledl Buggy, while the "Siva Special" - a custom-made on an unabridged Beetle chassis for a client from Kitzbühel - only about 12 cars have been produced.
Goldbug : Retro body with curved shapes for the shortened beetle chassis. On request also available with two doors.
Europe 2000 : Predecessor of Europa 2001 (practically identical on the outside).
Europe 2001 : Buggy with folding roof and zip doors based on the shortened Beetle chassis.
Jagdbuggy : Zweckbuggy for harder missions based on the unabridged Beetle chassis. On request with game tub available. 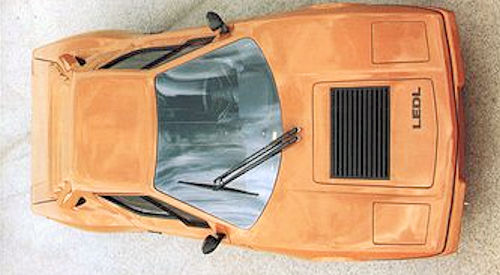