In 1993, Leyland DAF went bankrupt. This was newly created in 1993 from the bankruptcy estate of Leyland DAF next to Leyland Trucks LTD . Originally the development for a successor model of the Leyland DAF 200-400 series started together with Renault and GAZ . The bankruptcy Renault took over the results for themselves and developed together with Iveco the Renault Master II and Iveco DailyIII. The development work of Leyland DAF landed at GAZ and it became the GAZelle . Thus, LDV further developed the Leyland DAF 200-400 series and developed the LDV Pilot under the project name Bulldog as a replacement for the 200 series and the LDV Convoy for the 400 series. 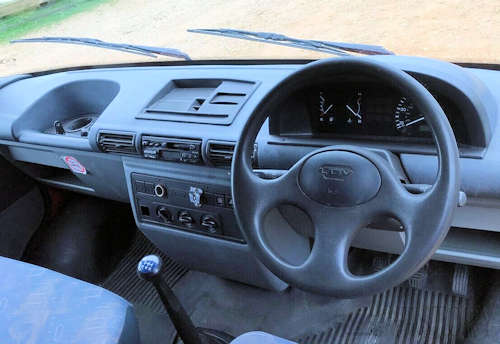 In 1997 the pilot and the convoy were introduced. The body now had less edgy front panels and a more modern design. It was installed a newly designed dashboard along with new interior design. 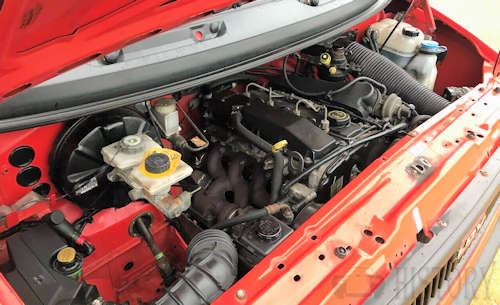 Unlike the pilot, the Convoy had a early type Ford Duratorq 2.4-liter diesel engine with 74 hp. With turbocharger this made 89 hp. It was offered in either 2.8, 3.1 or 3.5 tonnes gross weight this was fitted with with dual rear-wheel setup and had a maximum load volume of 12.9 cubic meters. Most sold copies were sold as a minibus and flatbed or As the popular van with up to 12.9 cubic metres load space , but was underpowered due to the poor engine performance.

In the fleet business, this was often ordered by the police and the Royal Mail with the sevice of there SVO' (Specialist Vehicle Options) which gave them the ability to coachbuild directly at the factory some with air suspension .With the advent of the Vauxhall Vivaro and the new Ford Transit 2000, each from domestic production,even as the cheapest full-size van on the market in the UK the sales here still fell sharply. Only with the appearance of the new LDV Maxus LDV was able to achieve significant sales here again with the popular factory-buit minibus conversions used by schools.

After the Maxus was also available in larger variants and with powerful engines including the Rover V8 and factory LPG, the production of the Convoy and the pilot was discontinued in 2006. In 2007, there was a survey of more than 100,000 commercial vehicle magazine readers who chose the then-out-of-the-line Van For The Year 2007 national van series. 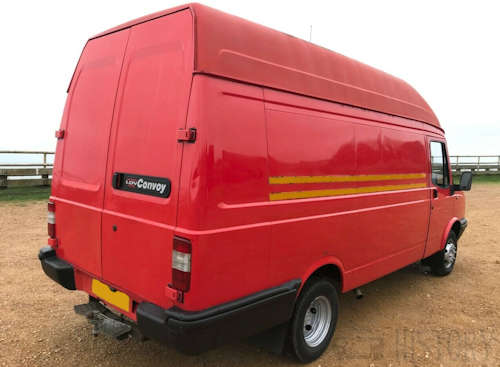