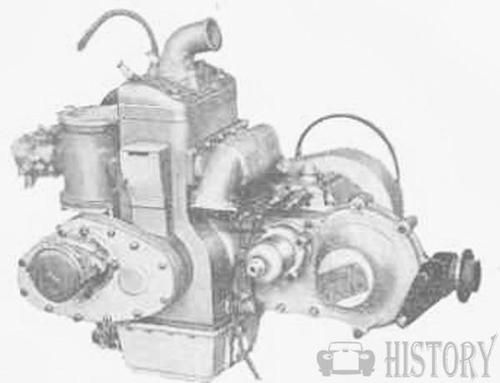 The chassis again had all independent suspension but now by coil springs fitted in oil tight cylinders with the oil acting as damper. The springs were horizontal at the front and vertical at the rear. The body was fabricated from aluminium. The braking system used a Bowden type cable operated system. Steering was by rack and pinion. The gear change lever was mounted horizontally just below the steering wheel.

The car was much more streamlined than the pre war body but with an overall length of 12 feet 3 inches and two or four-seater open bodywork the car was really too big for its engine and performance was poor with a top speed of only 55 mph (85 km/h). The car was also very expensive at £480 in 1948 when family sized cars could be bought for £300. Roughly 600 cars were produced and some were exported to Australia, Belgium, Denmark, India and the United States.