Leyland CUB KP3 was introduced in 1932 and built at the Kingston-on-Thames factory of Leyland Motors, the KP3 is a normal control chassis with a wheel-

base of 15ft 6in. Originally it was powered by a Leyland 6-cylinder side valve petrol engine of 4.4 litres capacity, had a 4-speed gearbox of the 'silent third' type, fully floating rear axle and hydraulic brakes. In 1933 a 4.4 litre 6-cylinder direct injection oil engine was offered as an alternative to the petrol unit, and chassis thus fitted
were classified KP03.

A year later, in 1935, these two engines were replaced by a new, larger 4.7 litre overhead valve 6-cylinder petrol engine and a 4.7 litre indirect injection 6-cylinder oil engine, becoming the KPZ2. Shortly before production ended in 1939. this model of Cub was fitted with vacuum servo assisted hydraulic brakes, this altering its classification to KPZ4. 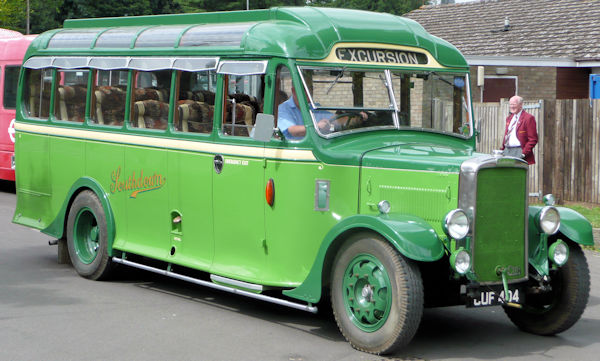