Leyland Motors has a long history dating from 1896, when the Sumner and Spurrier families founded the Lancashire Steam Motor Company in the town of Leyland in North West England. Their first products included steam lawn mowers.The company's first vehicle was a 1.5-ton-capacity steam powered van. This was followed by a number of undertype steam wagons using a vertical fire-tube boiler. By 1905 they had also begun to build petrol-engined wagons. The Lancashire Steam Motor Company was renamed Leyland Motors in 1907 when they took over Coulthards of Preston. They also built a second factory in the neighbouring town of Chorley which still remains today as the headquarters of the LEX leasing and parts company.

In 1920, Leyland Motors produced the Leyland 8 luxury touring car, a development of which was driven by J.G. Parry-Thomas at Brooklands. Parry-Thomas was later killed in an attempt on the land speed record when a chain drive broke. At the other extreme, they also produced the Trojan Utility Car in the Kingston upon Thames factory from 1922 to 1928.

Three generations of Spurriers controlled Leyland Motors from its foundation until the retirement of Sir Henry Spurrier in 1964. Sir Henry inherited control of Leyland Motors from his father in 1942, and successfully guided its growth during the postwar years. Whilst the Spurrier family were in control the company enjoyed excellent labour relations—reputedly never losing a day's production through industrial action.

During the war, Leyland Motors along with most vehicle manufacturers was involved in war production. Leyland built the Cromwell tank at its works from 1943 as well as medium/large trucks such as the Leyland Hippo and Retriever.

After the war, Leyland Motors continued military manufacture with the Centurion tank.

In 1946, AEC and Leyland Motors worked to form the British United Traction Ltd.

In 1955, through an equity agreement, manufacture of commercial vehicles under licence from Leyland Motors commenced in Madras, India at the new Ashok factory. The products were branded as Ashok Leyland.

On the other hand, Leyland Motors acquired other companies in the post war years:

The BLMC group was difficult to manage because of the many companies under its control, often making similar products. This, and other reasons, led to financial difficulties and in December 1974 British Leyland had to receive a guarantee from the British government.

In 1975, after the publication of the Ryder Report, BLMC nationalised as British Leyland (BL) and split into 4 divisions with the bus and truck production becoming the Leyland Truck & Bus division within the Land Rover Leyland Group. This division was split into Leyland Bus and Leyland Trucks in 1981. In 1986, BL changed its name to Rover Group. The equity stake in Ashok Leyland was controlled by Land Rover Leyland International Holdings, and sold in 1987.

The bus operations were divested as a management buy-out to form Leyland Bus, and was subsequently bought by Volvo Buses in 1988, which discontinued most of its product range but adopted the Leyland Olympian, re-engineering it as the first named Volvo Bus model, the Volvo Olympian aside from minor frame changes the major alterations were the fitment of Volvo axles, braking system and controls. Both were the best selling double-deck bus chassis of their time.

The Leyland name and logo continues as a recognised and respected marque across India, the wider subcontinent and parts of Africa in the form of Ashok Leyland. Part of the giant Hinduja Group, Ashok Leyland manufactures buses, trucks, defence vehicles and engines. The company is a leader in the heavy transportation sector within India and has an aggressive expansionary policy. Ironically, since 1987, when the London-based Hinduja Group bought the Indian-based Ashok Leyland company, it is once again a British-owned brand. Today, Ashok-Leyland is pursuing a joint venture with Nissan, and through its acquisition of the Czech truck maker, Avia, is entering the European truck market directly. With its purchase of a 26% stake in UK-based bus manufacturer Optare in 2010, Ashok Leyland has taken a step closer to reconnecting with its British heritage, as Optare is a direct descendant of Leyland's UK bus-making division. On 21 December 2010, Ashok Leyland bought an additional 49% stake in Optare, bringing its total to 75%. 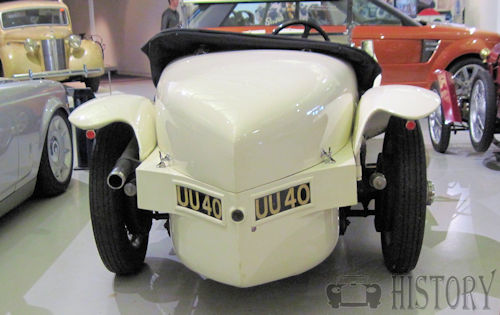