Developed alongside the Toyota Camry (XV20) from 1992 to 1996, the third-generation ES (designated MCV20) premiered in September 1996 for the 1997 model year, featuring a design (styled in 1993) that was an evolution of the VCV10. The new cars featured a 30 percent stiffer body with a more rakish profile and sharper lines, reflector headlights (as opposed to projector headlights), and a more upscale-feeling interior. Introduced at a gala event on Rodeo Drive in Beverly Hills hosted by actress Sharon Stone, the ES 300 featured one powertrain option, a 3.0-liter V6 capable of 150 kW (200 hp) and 290 N·m (214 lb·ft) of torque and a four-speed automatic – although a 147 kW (197 hp), 2.5-liter 2MZ-FE V6 was also offered in the equivalent Japanese-market Windom. The ES 300 could go from 0–97 km/h (0–60 mph) in 7.7 seconds. The third-generation ES was also slightly longer (overall length increased by 61.0-millimetre (2.4 in)) but weighed less than the previous model, and its drag coefficient was Cd=0.29, improved over its predecessor. For the first time, an Adaptive Variable Suspension, capable of adjusting individual wheels' dampers according to road conditions (within 0.0025 seconds), was offered.

Production commenced in August 1996 at the Tsutsumi plant in Toyota, Aichi, supplemented in May 1997 with the Miyata plant at Miyawaka, Fukuoka. 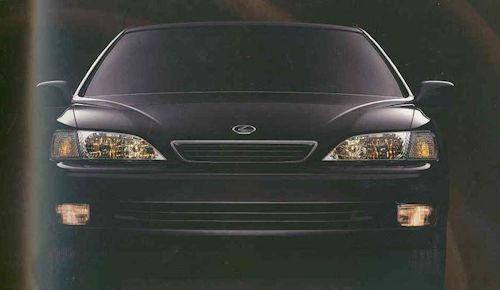 In 1997 for the 1998 model year, the ES received a few updates, mainly consisting of a revised supplemental restraint system (next generation), standard front row side-torso airbags, and force limiting seat belt pre-tensioners that were designed to tighten the front seat passengers into their seats upon impact. Transponder chips were now also used in the keys as to provide added protection from theft. The power rating grew to 157 kW (210 hp) in 1998 (1999 model year) due to the new 1MZ-FE engine with variable valve timing (VVT-i).

There was a widespread engine oil gelling issue which could block oil from parts of the engine. After a US class action lawsuit, Toyota notified US owners that engines would be overhauled or replaced for free if damaged by the buildup of gelled oil.

The ES 300 received a mild facelift in 1999 for the 2000 model year that consisted of new, clear tail lights and turn signals, a revised front end with a new grill, headlights, and lower bumper with clear fog lights and larger alloy wheels. Inside, the interior received an electrochromatic mirror, more wood trim and slight revisions to the audio system. Xenon High-Intensity Discharge headlights with auto-leveling were now optional. From 1998 through 2001 (1999 to 2001 model years), a limited "Coach Edition" was offered, and in 1999 for 2000, a "Platinum Edition" package was offered, including power moonroof, unique interior trim, and custom alloy wheels. 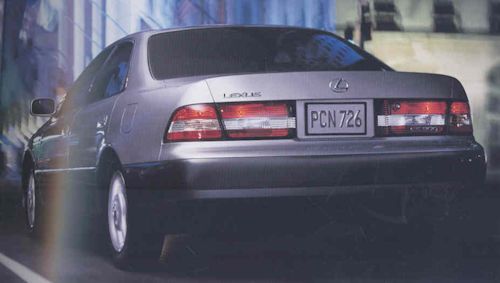