In 1999, development commenced on a successor to the JZS160 under chief engineer, Shigetoshi Miyoshi. Styling for both the exterior and interior was done under lead designer Yasuhide Hosoda between 2000 and 2002, during which L-finesse came to fruition in 2001. By 2002, a design was finalized, to be introduced the following year. In October 2003, Lexus debuted the LF-S (Lexus Future Sedan), a concept car which previewed the design of the upcoming GS. The design patent was filed by Toyota on December 22, 2003 in domestic Japanese patent offices, preceding an imminent public unveiling. The third generation GS first appeared as a pre-production vehicle at the 2004 North American International Auto Show on January 5, with the production version shown at the same show in 2005.

Production of the third generation began on January 24, 2005, with an equivalent Toyota Aristo not released as Toyota had introduced the Lexus channel to Japan and sought to align all world markets using Lexus as their luxury brand worldwide. The third generation GS was the introductory Lexus model for the marque's new L-finesse design philosophy, indicating the future direction of the Lexus lineup; it featured a fastback profile, retained quad headlights, LED tailamps, and one-piece bumpers. This generation GS had a drag coefficient of Cd=0.27, and used a newly designed midsize platform later shared with the second generation IS. 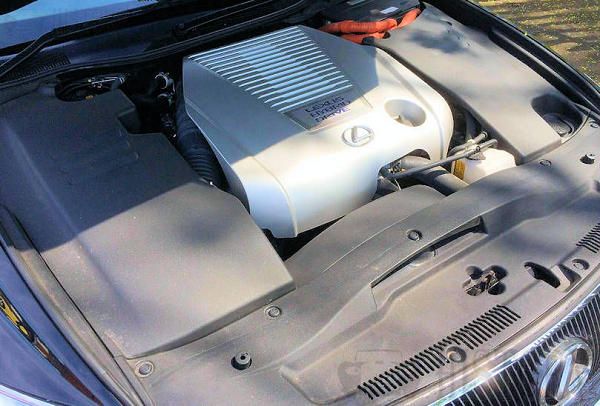 New to the GS line was an electric power steering (EPS) system, and both the V8 and hybrid models featured a variable gear ratio steering (VGRS) system and Electronically Controlled Brake (ECB) a type of brake-by-wire system. V8 and hybrid models also featured an adaptive suspension system that individually altered suspension damper firmness. Vehicle Dynamics Integrated Management (VDIM) was standard on the GS 430, 460, and 450h models and coupled to VGRS, with which it could alter steering gear ratios.

Standard safety features on the GS ranged from multiple airbags, including knee airbags and front row side torso airbags, to adaptive headlights, anti-lock braking, electronic brakeforce distribution, brake assist and electronic stability control. The radar-based pre-collision system with an autonomous cruise control system system was optional. The GS 450h was among the first vehicles to receive the infrared Driver Monitoring System for driver attentiveness. For the 2007 model year, the GS 350 replaced the GS 300 in the US and several other export markets. 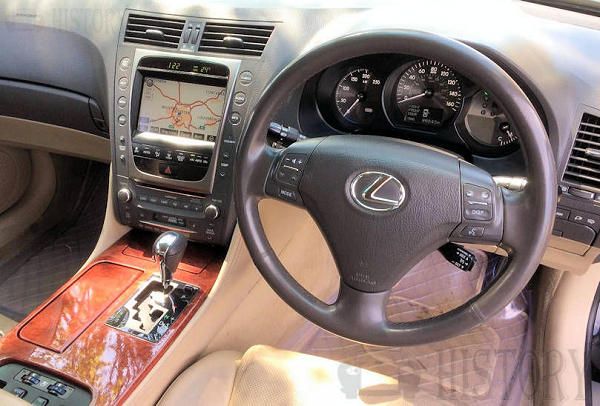 Along with the introduction of the GS 460, the GS lineup received a mid-cycle styling refresh, including a revised front bumper, headlights and grille, turn signals added to the side mirrors, and new wheel options and exterior colors. The interior received a redesigned steering wheel, revised instrument cluster gauges, and different trim pieces.

In 2006, Sigma Advanced Racing Development and Lexus entered a GS 450h performance hybrid sedan in the 24 Hours of Tokachi race in Hokkaido, Japan, the first time that a hybrid vehicle was introduced. In 2007, Lexus Canada also entered the GS 450h in the Targa Newfoundland event. In 2009, the GS 450h was used as a safety car at the Muscle Car Masters event held at Eastern Creek Raceway, Eastern Creek, New South Wales, Australia.

In 2008, Manabu "Max" Orido used a second generation JZS161 Aristo in Formula D competition. Orido has several second generation models with different equipment used for drifting events, some with prototype suspension, and fitted with parts from the export Lexus GS 300. 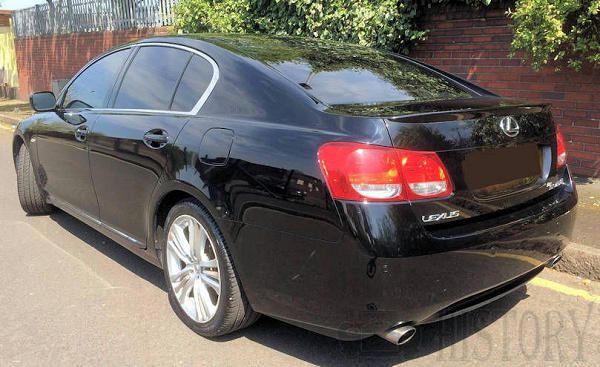