The Lexus NX is a luxury compact crossover to be sold by Lexus, the luxury division of Toyota. The name NX stands for Nimble Crossover.

The NX was revealed at Beijing International Automotive Exhibition on April 20, 2014. The NX shares a small portion of parts with the Toyota RAV4 primarily related to the structure and wheelbase, while the styling, suspension parts, engines, interior, and level of luxury and craftsmanship are unique to the Lexus. Lexus NX models sold in the United States will feature slightly altered fascias which facilitate higher departure angles.

It will feature the newly developed 8AR-FTS 2.0L turbocharged inline four cylinder direct injection engine in most trims. The NX is the first Lexus vehicle to feature a turbocharged gasoline engine in the US market.

A hybrid version featuring the 2.5L inline four cylinder 2AR-FXE engine mated to an electric motor shared with the Toyota Camry Hybrid will also be available. 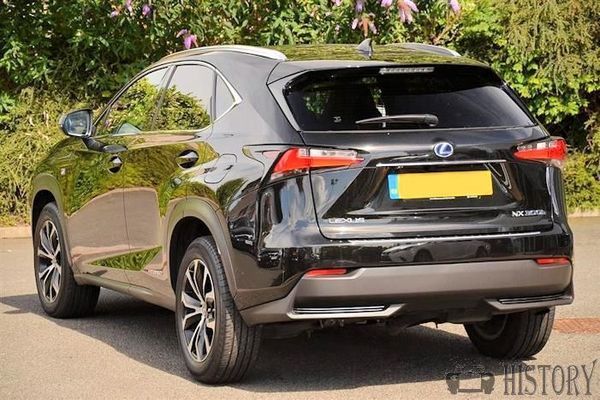