The Lexus RC is a compact executive coupé manufactured by Lexus, Toyota's luxury division. The RC is a coupé version of the IS.

The RC borrowed styling from the LF-LC concept and was previewed by the LF-CC concept.

The RC was unveiled in 2013 Tokyo Motor Show

The RC is based on the IS sedan, it has a shorter wheelbase though it is slightly longer overall. The RC has three LED lamps in the triangular headlights and 18-inch five-spoke alloy wheels as standard, or 19-inch ten-spoke rims as option. The platform shares the front end of the L10 series GS, mid-section from the XE20 series IS convertible, while the rear componentry is from the XE30 series IS sedan

According to Lexus, the RC has three engines, the RC 350 with the 3.5 L 2GR-FSE V6 paired to an 8-speed automatic transmission, the RC 300h with the 2.5 L 2AR-FSE I4 mated to a continuously variable transmission with a hybrid powertrain and the RC F with the 5.0 L 2UR-GSE V8. 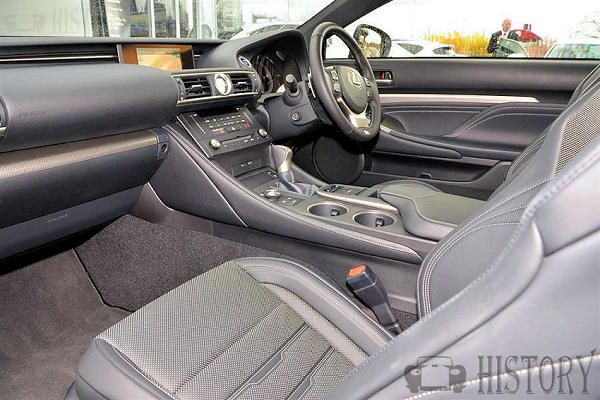 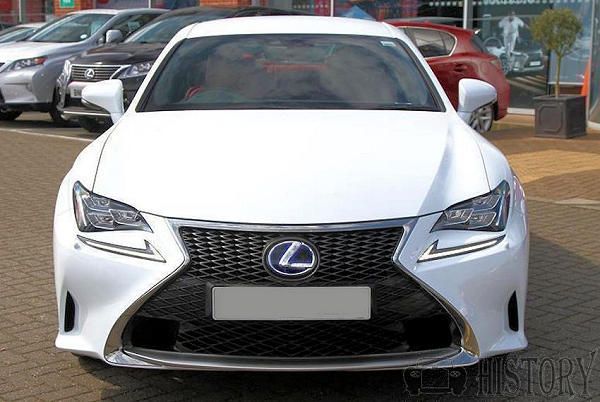 The aerodynamic package includes an active rear spoiler, tuning of the underbody, the intakes in the grille and the front fender vents and aero stabilizing fins.

The carbon fiber package includes a clear coated carbon fiber roof and active rear spoiler from the LFA and the carbon fiber engine hood. The vehicle was unveiled in the 2014 North America International Auto Show.

Japan model was set to go on sale in the second half of 2014.

The carbon fiber package parts for the RC F were made at the Aichi plant after the end of the LFA production.

The Toyota AA80E 8-speed transmission used in the RC F was built by Aisin AW. 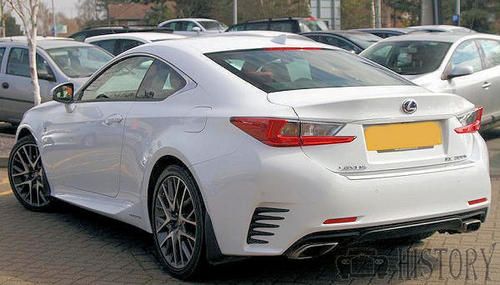