The Lexus CT 200h is a hybrid electric automobile introduced by Lexus as an entry-level luxury hatchback. It made its debut at the March 2010 Geneva Auto Show, six months after the unveiling of the LF-Ch concept car; it is primarily targeted at the European market but is being sold worldwide and was introduced to North American markets at the April 2010 New York International Auto Show. Lexus has trademarked the names CT 200h, CT 300h, and CT 400h. The design by Takeshi Tanab  was approved in 2008, with production beginning at the end of December 2010 and European sales following shortly after Japan sales began in January 12, 2011, while US sales began in March 2011.

'CT' Stands for 'Creative Touring' and '200h' refers to the hybrid performance being equal to that of a conventional 2 litre engine.

The CT 200h chassis is based on the Toyota MC platform, which is the same platform used by the Corolla and the Matrix. The Lexus CT 200h features a front MacPherson strut suspension and a rear double wishbone design. The CT 200h has four driving modes Normal, Sport, Eco and EV included on other hybrid drive vehicles. Sport mode modifies the throttle and electric power steering settings, while making the Stability control and traction control less intrusive, maximising the CT200h's performance. EV mode generates zero emissions at the vehicle by using only the vehicles electric motors to drive the vehicle.

Safety features include vehicle stability control (VSC) and eight standard airbags with the options of a pre-collision system with dynamic radar cruise control at extra cost. There is also a Vehicle Proximity Notification System, which uses a low tone to alert pedestrians to the presence of a hybrid motor vehicle, as well as telematic services (Safety Connect in North America).

At the 2011 Australian Formula One Grand Prix in Melbourne (25–27 March 2011), the Lexus CT 200h was used in the Celebrity Challenge, a one-make, one-off series event held as part of the Grand Prix's weekend attractions. The event, supported by CAMS and sponsored by Lexus Australia, was promoted as the world's first race containing only petrol-electric vehicles. 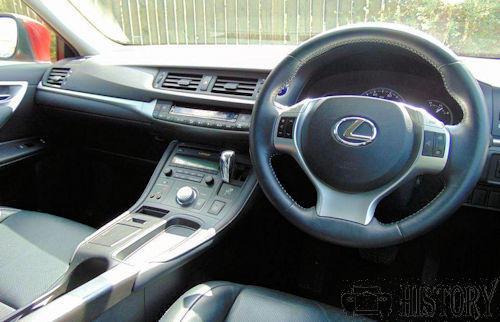 In the United Kingdom, Australian pop superstar Kylie Minogue was invited to be the spokesperson for the new CT200. She has recorded a TV advertisement and the press release of the car will feature Minogue. In the United Kingdom, the CT200 will be one of the sponsors of Minogue's latest concert tour, Aphrodite World Tour.

The Union of Concerned Scientists (UCS) in its 2011 Hybrid Scorecard ranked the Lexus CT 200h, together with the Lincoln MKZ Hybrid, as the top luxury hybrid models in the scorecard’s environmental improvement category, an achievement the UCS attributed to their relatively small gasoline engines, as both carmakers downsized these vehicles’ engines from six to four cylinders to maximize fuel economy. The UCS evaluation found that the Lexus CT 200h reduces greenhouse emissions by 42.9% as compared to the Lexus IS 250, used as its gasoline-only similar for this comparison. 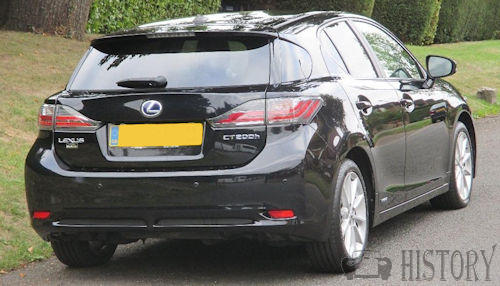