The Freelander 2 debuted at the 2006 British International Motor Show. While the new model retained the Freelander name in Europe, it was marketed as LR2 in North America (mirroring the marketing of the new third generation Land Rover Discovery as LR3). A presentation at the Kensington Roof Gardens was held for journalists featuring celebrity tennis player Maria Sharapova.

The second generation Freelander is based on the Ford EUCD platform, which itself is based on the Ford C1 platform. The Ford EUCD platform will be used by more upcoming vehicles from Volvo. The engine range is all-new for Freelander, featuring transversely-mounted 3.2-litre straight-six engine of the Ford SI6 series, which first debuted in the new Volvo S80, as well as the 2.2-litre DW12 common rail turbodiesel engine, co-developed by Ford and PSA Peugeot Citroën.

Unlike previous Land Rovers, this car is manufactured in the Halewood Body & Assembly facility, near Liverpool, and was until 2009 manufactured alongside the Jaguar X-Type. The new Freelander features higher ground clearance and off-road capabilities that are closer to other Land Rover models. It has improved quality interior with more safety features as standard. The Freelander 2 features a modified version of the Terrain Response off-road driving system as fitted to the Discovery 3 and the Range Rover. The 4WD system was developed in conjunction with Haldex and was called Third generation coupling. Vehicles from the 2009 model year are fitted with a modified design of the active on-demand coupling, known as Haldex's Fourth generation. 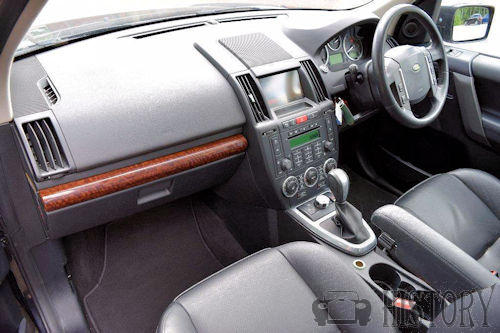 The new Freelander was first sold in the U.S. in 2007 as the LR2. The 2008 version is called the LR2 HSE. The HSE has added side trim and 19-inch wheels. A Ford 3.2-litre inline six-cylinder engine producing 230 hp (170 kW) is standard, with a six-speed automatic transmission and all-wheel drive. In the United Kingdom, the standard engine is the Ford 2.2-litre diesel. The TD4 version of the engine produces 150 hp (110 kW) and 160 hp (120 kW), while the SD4 comes with 190 hp (140 kW). Interior appointments include an Alpine 440-watt 14-speaker surround sound audio and a 7-inch touch navigation screen options, while the newer models can be equiped with an Meridian audio system, which comes with a surround sound 17-speaker system with Trifield technology, producing 825 Watts. The Meridian system is also equipped with subwoofers and Audyssey MultEQ audio tuning system. Also a 5-inch colour display screen is standard even at the newer entry-level models. An optional cold climate package includes heated front windscreen, heated front seats with two heating levels and heated windscreen washers. The optional lighting package includes bi-xenon headlights, adaptive front-lighting, memory for the driver seat, as well as exterior mirrors and approach and puddle lamps.

The Freelander TD4_e features stop-start technology to improve fuel economy and reduce carbon emissions. The system cuts out the engine when the vehicle is stationary, neutral is selected and the clutch engaged; the engine restarts when the clutch pedal is depressed. The system includes a heavy-duty starter motor that also acts as a generator to recover energy through regenerative braking that is then stored in capacitors to restart the engine reducing stress on the vehicle's battery and electrical system. The stop-start system became available in spring 2009 on Freelander 2 TD4 models.

For the 2011 model year, the option of two wheel drive (badged as eD4) was available. This version also lost Terrain Response and Hill Descent Control. 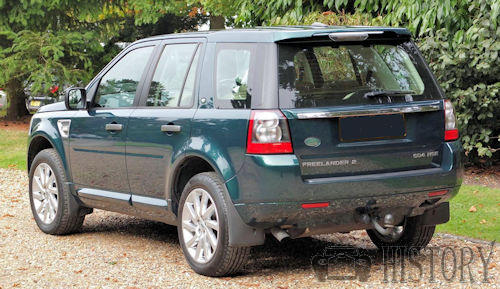