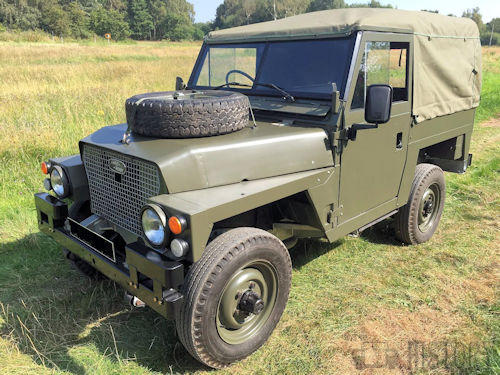 In the early 1960s both the Royal Marines, then largely based on commando carriers, and the British Army required a vehicle that could be carried by air. They had taken delivery of the Westland Wessex helicopter, which could carry an 1140 kg (2500 lb) load slung beneath.

The smallest Land Rover available at the time was a Series IIA 88 inch (2235 mm) wheelbase, which was too heavy. A new modification to the basic Series IIA was devised by making many body components easily detachable and removing many non-essential items. The result was the Land Rover Half-Ton, known widely as the Lightweight or Airportable. In practice, to reduce weight sufficiently for the helicopters of the day to lift them in combat conditions, the tilt (hood) and sticks, the upper parts of the body, the doors and windscreen were removed, to be refitted later. The most significant change, however, was a reduction in width by 4 inch (100 mm), by redesigning the standard Series IIA axles and fitting shorter half-shafts, which meant it would fit on a standard pallet.

Complete, the Lightweight IIA weighed 2,650 lb (1,202 kg), over the specified weight and heavier in fact than a 'standard' Land Rover. The term Lightweight was, therefore, confusing. However, with the removable body panels taken-off it was below the limit. Since improvements to the helicopters meant more lift was available, the MoD accepted it for use.

The first production models were completed on 11 November 1968, and production continued until 1984. 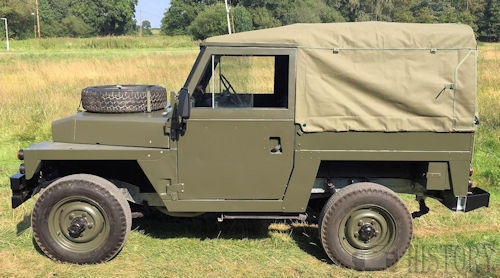 Although a very few prototypes had been built between 1965 and 1967, and about six pre-production models early in 1968, 'Lightweight' Series IIA quantity production began on 11 November 1968, with a total of 15 vehicles being produced on that day. Total production of Series IIa 'Lightweights' was between 1,500 and 2,000 vehicles. Later Series IIa models had the headlamps moved out into a revised front wing, to comply with revised lighting regulations. It is easy to confuse later Series IIa models with the Series III, though nothing was changed on these vehicles other than the location of the headlamps.

The Series IIA Lightweight was replaced by the Series III Lightweight in 1972, soon after the replacement of the civilian Series IIA with the Series III. The vehicle remained in essence the same, with a few relatively minor changes - there are details differences to the chassis; the engine now had 5 main bearings instead of 3; and a revised gearbox had syncromesh on 2nd, 3rd and 4th gears instead of just 3rd and 4th. In the electrical department the Series III was fitted with an alternator in place of the dynamo of the Series IIa; the new indicator switch incorporates a headlamp flasher and horn; and the ignition switch was now fitted in a new steering column cowl instead of on the dashboard.

Lightweight production ended in 1984, when the parent Land Rover Series III was replaced by the models 90 and 110. 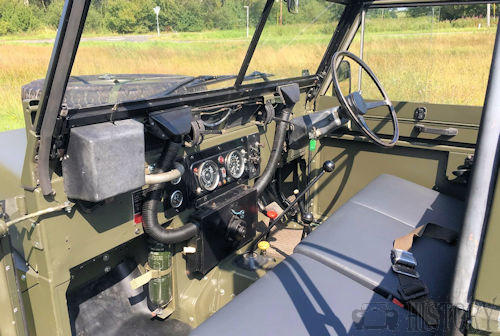 A large number of vehicles were fitted with hard tops, with or without VPKs, all apparently after production, some for use as radio vehicles

Dutch Army variants are easily identified by their diesel engines and turn signal lights positioned on the tops of the wings instead of on the front by headlights. These also had modified tail and brake lights 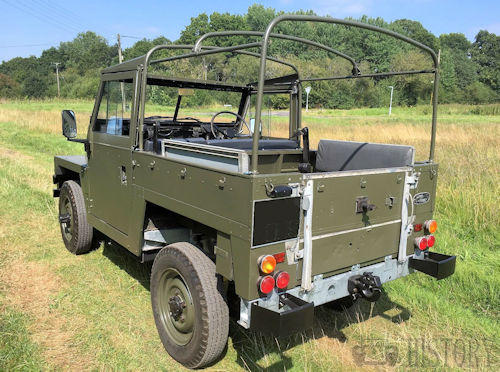