The successor to the successful Series I was the Series II, which saw a production run from 1958 to 1961. It came in 88 in (2,200 mm) and 109 in (2,800 mm) wheelbases (normally referred to as the 'SWB' and 'LWB'). This was the first Land Rover to receive the attention of Rover's styling department- Chief Stylist David Bache produced the familiar 'barrel side' waistline to cover the vehicle's wider track and the improved design of the truck cab variant, introducing the curved side windows and rounded roof still used on current Land Rovers. The Series II was the first vehicle to use the well-known 2.25-litre petrol engine, although the first 1,500 or so short wheelbase (SWB) models retained the 52 hp (39 kW) 2.0-litre petrol engine from the Series I. This larger petrol engine produced 72 hp (54 kW) and was closely related to the 2.0-litre diesel unit still in use. This engine became the standard Land Rover unit until the mid-1980s when diesel engines became more popular. 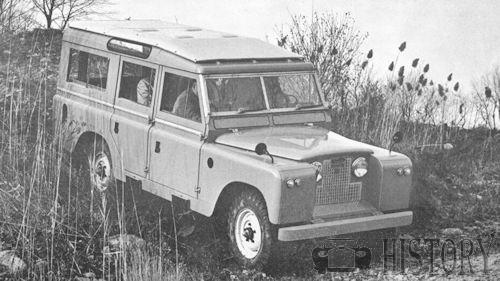 The 109-inch (2,800 mm) Series II Station Wagon introduced a twelve-seater option on top of the standard ten-seater layout. This was primarily to take advantage of UK tax laws, by which a vehicle with 12 seats or more was classed as a bus, and was exempt from Purchase Tax and Special Vehicle Tax. This made the twelve-seater not only cheaper to buy than the 10-seater version, but also cheaper than the seven-seater 88-inch (2,200 mm) Station Wagon. The twelve-seater layout remained a highly popular body style for decades, being retained on the later Series and Defender variants until 2002, when it was dropped. The unusual status of the twelve-seater remained until the end—such vehicles were classed as minibuses and thus could use bus lanes and (if registered correctly) could be exempt from the London Congestion Charge.

There was some degree of over-lap between Series I and Series II production. Early Series II 88-inch (2,200 mm) vehicles were fitted with the old 2-litre petrol engine to use up existing stock from production of the Series I 107-inch (2,700 mm) Station Wagon continued until late 1959 due to continued demand from export markets and to allow the production of Series II components to reach full level.

The SII and the SIIA are very difficult to distinguish. There were some minor cosmetic changes, but the most significant change was under the bonnet in the guise of the new 2.25-litre diesel engine. Body configurations available from the factory ranged from short-wheelbase soft-top to the top-of-the-line five-door station wagon. Also the 2.6-litre straight six petrol engine was introduced for use in the long-wheelbase models in 1967, the larger engine complemented by standard-fit servo-assisted brakes. 811 of these were NADA (or North American Dollar Area) trucks, which were the only long-wheelbase models made for the American and Canadian markets.

From February 1969 (home market), the headlamps moved into the wings on all models, and the sill panels were redesigned to be shallower a few months afterwards.

The Series IIA is considered by many the most hardy Series model constructed. It is also the type of classic Land Rover that features strongly in the general public's perception of the Land Rover, from its many appearances in popular films and television documentaries set in Africa throughout the 1960s, such as Born Free. In February 1968, just a few months after its manufacturer had been subsumed, under government pressure, into the Leyland Motor Corporation, the Land Rover celebrated its twentieth birthday, with total production to date just short of 600,000, of which more than 70% had been exported. Certainly it was whilst the Series IIA was in production that sales of utility Land Rovers reached their peak, in 1969–70, when sales of over 60,000 Land Rovers a year were recorded. (For comparison, the sales of the Defender in recent years have been around the 25,000 level since the 1990s.) As well as record sales, the Land Rover dominated many world markets- in Australia in the 1960s Land Rover held 90% of the 4×4 market. This figure was repeated in many countries in Africa and the Middle East. 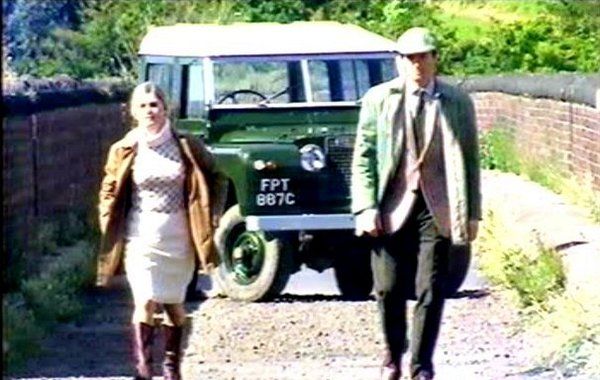