The Shorland is an armoured car that was designed specifically for the Royal Ulster Constabulary by a police support officer Ernie Lusty during the sixties for patrolling the border to prevent organised smuggling. They were reallocated to the Ulster Defence Regiment in 1970. The Royal Ulster Constabulary soon replaced the Shorland with an armoured Land Rover with more conventional profiles and no machine gun turret.

This being the original Shorland Armoured Car, which quickly became known in Land Rover Circles as the boat tail Shorland.

The vehicles were built by Short Brothers and Harland of Belfast using a chassis from a Series two Land Rover, from which the name was derived. first experimental armoured body was fitted to a long wheel base Series II Land Rover, bearing Belfast registration number 4471 AZ, from around 1961.

By the nineties the Land Rover Tangi, designed and built by the Royal Ulster Constabulary's own vehicle engineering team, was by far the most common model.

Shorts and Harland continued to develop the original Boat tail Shorland from an armoured patrol car with a crew of 3 to armoured personnel vehicle, capable of carrying two up front and six in the rear and a small number of these were used on the streets in Northern Ireland as late as 1998.

In 1996 the Short Brothers sold the complete Shorland design to British Aerospace Australia.

The Shorland is a long wheelbase Land Rover with the turret of a Mk 2 Ferret armoured car. The vehicle has upgraded suspension to deal with the extra weight of the armour. 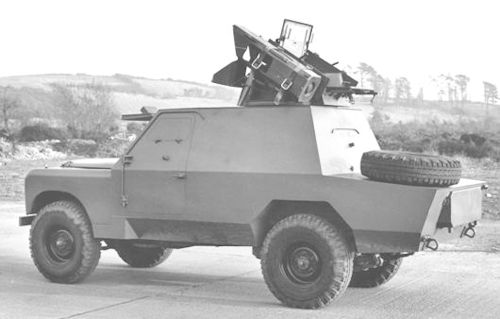 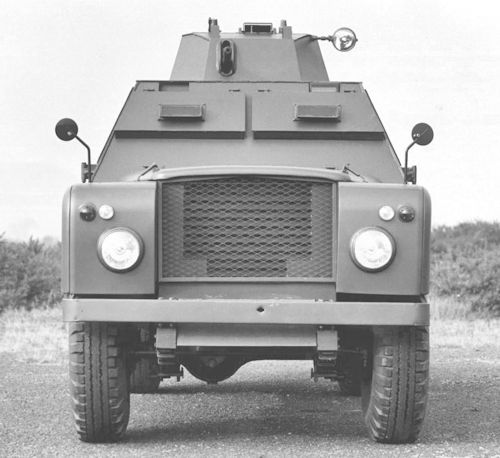