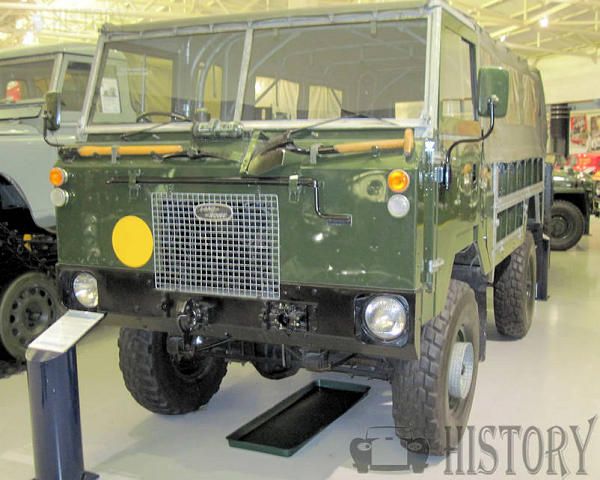 The vehicle was primarily produced to meet the Army's requirement for a gun tractor, and was designed to tow a field gun (the L118 Light Gun) with a ton of ammunition and other equipment in the rear load space, giving it the alternative name of the Land Rover One Tonne. The vehicle was designed to be easily transported by air; the positioning of the 3.5 litre Rover V8 engine beneath and to the rear of the cab eliminates the bonnet at the front, making the vehicle more or less cuboid thus reducing unused space in transport aircraft.

The official name of 101 Forward Control is derived from the vehicle's 101-inch (2,565 mm) wheelbase, and the position of the driver, above and slightly in front of the front wheels which used a fairly large 9.00 inch × 16 inch tyre. To cope with the extra height above the ground, the wheels feature an unusual feature for a Land Rover (but used for many years on the much older and similar Mercedes Unimog S404); a flange around the centre of the wheel has an embossed tread pattern forming a step for the crew when entering the cab, otherwise named a wheel-step. 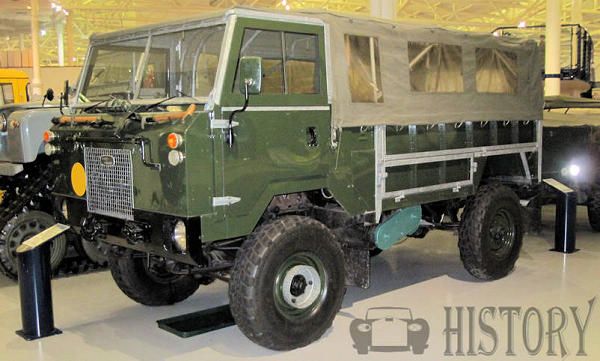 Development of the 101FC started in 1967, with a design team led by Norman Busby (14 October 1931 – 30 June 2005). Production took place between 1972 and 1978. In common practice of the armed forces, many vehicles were not used for some years and it is not unheard of for military vehicle enthusiasts to pick up these vehicles after only a few thousand miles service. All the vehicles produced at the Land Rover factory at Lode Lane, Solihull were soft top ("rag top") General Service (GS) gun tractors, although later on many were rebuilt with hard-top ambulance bodies and as radio communication trucks. A rare variant is the electronic warfare Vampire body. It is thought that only 21 of these were produced and less than half of these survive today with one being rumoured to have been destroyed in the Buncefield Oil Terminal Fire.

The 101 FC also served with the RAF regiment. Two 101s were allocated to each Rapier Missile set up. The British RAF Rapier system used 3 Land-Rovers in deployment: a 24V winch fitted 101 Firing Unit Tractor (FUT) to tow the launch trailer, loaded with 4 Rapier missiles, guidance equipment and radio; a 12V winch fitted 101 Tracking Radar Tractor (TRT) to tow the Blindfire Radar trailer, also loaded with 4 Rapier missiles and guidance equipment; and a 109 Land Rover to tow a reload trailer with 9 Rapier missiles and loaded with the unit's other supplies and kit.

The 101 also served in an ambulance role, with ambulance bodywork built by Marshalls of Cambridge.

The 101FC was manufactured in both left and right hand drive with either 12 or 24 volt electrical systems.

Some 101s were produced with a PTO powered Nokken capstan winch mounted on the chassis at the centre of the vehicle, allowing winching from either the front or rear. Another variation on a small number of pre-production vehicles was the addition of a trailer with an axle driven from the PTO, creating a 6x6 vehicle, this adaptation was abandoned before full production when it was discovered that the trailer had a propensity to push the vehicle onto its side when driven over rough terrain.

By the late 1990s, the 101's were decommissioned by the MoD and were replaced with Defenders and Pinzgauer vehicles. Many 101s have entered into private ownership and there is a thriving owners club supporting these sourcing spares and providing technical support. The club also keeps a register of known surviving vehicles throughout the world. 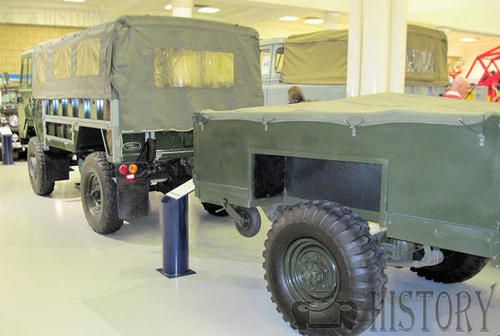 The Australian Army acquired fifty 101 vehicles, which were used to tow Rapier missile carriers. These 101s were disposed of and some of these remain in private hands.

The 101 as seen in Judge Dredd 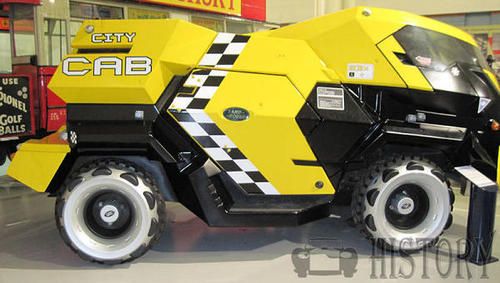 Thirty-one 101s were converted by Land Rover with artistically styled bodyshells for the 1995 Sylvester Stallone film Judge Dredd. Land Rover is supposedly the world's only surviving vehicle manufacturer in 2139 when the film is set, and the green oval logo can be seen on the side of the vehicles, known as "City CABs". Several of these prop vehicles still exist in driveable condition and are often seen at Land Rover events