Land Rover developed a body construction method, marketed as Integrated Body Frame (IBF), where the engine bay and passenger compartment is built as a monocoque, then mated to a basic ladder-frame chassis for the gearbox and suspension. Land Rover claims IBF combines the virtues of monocoque and ladder-frame – though it makes for a heavy vehicle, compromising performance and agility. The LR3 was offered with a rear locking differential.

The LR3 features full independent suspension (FIS). Like the Series III Range Rover, this was an air suspension system, enabling ride-height adjustment by simply pumping up or deflating the air bags. The vehicle can be raised to provide ground clearance when off-road, but lowered at high speeds to improve handling. Land Rover developed 'cross-linked' air suspension. When needed, the suspension mimics the action of a beam axle (as one wheel drops, the other rises). If the chassis of the vehicle contacts the ground when the suspension was at its 'off road' height, the system senses the reduction in load on the air springs and raises the vehicle an extra inch. In the UK and European markets, a coil-spring independent suspension system was offered on the base model. This model was unique in the range by having only five seats and only being available with the 2.7 litre diesel engine. This model lacked the Terrain Response system. 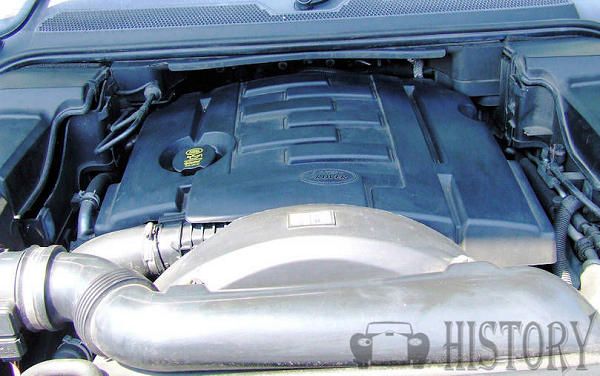 The gearboxes on the Discovery 3 were also all-new. For the diesel engine, a six-speed manual transmission was standard. As an option, and as standard on the V8 engine, a six-speed automatic transmission was available. Both came with a two-speed transfer box and permanent four-wheel-drive. A computer controlled progressively locking central differential ensured traction was retained in tough conditions. A similar differential was available on the rear axle to aid traction.

The Discovery 3 was fitted with multiple electronic traction control systems. Hill Descent Control (HDC) prevented vehicle 'runaways' when descending steep gradients and 4-wheel Electronic Traction Control (4ETC) prevented wheel spin in low-traction conditions. An on-road system, Dynamic Stability Control (DSC) prevented skidding when steering and braking at speed. The vehicle also featured the 'Terrain Response' system. Previously, off-road driving had been a skill that many drivers found daunting. A wide-ranging knowledge of the vehicle was needed to be able to select the correct gear, transfer ratio, various differential systems and master various techniques required for tackling steep hills, deep water and other tough terrain. Terrain Response attempted to take away as many of the difficulties as possible. The driver selected a terrain type on a dial in the cab of the vehicle. The options are "Sand", "Grass, Gravel & Snow", "Mud & Ruts" and "Rock Crawl". The on-board computer systems then select the correct gearbox settings, adjust the suspension height, adjust the differential lock settings and even alter the throttle response of the engine suitable for the terrain. For example, in "Rock Crawl", the suspension is raised to its maximum height and set to allow maximum wheel articulation, the differentials are locked, the driver is prompted to switch to Low Range, and the throttle response is altered to provide low-speed control. In "Sand" mode, the traction control system is 'primed' to be more sensitive to any wheelspin, the differential locks are partly locked up and the throttle response is re-mapped to produce high power outputs with short pedal movement. The driver retained some manual control over the off-road systems, being able to select the Transfer Box ratio and the suspension height manually, although use of the Terrain Response system is needed to allow full use of the vehicles' capabilities.

As well as new mechanical and electronic systems, the Discovery 3 introduced a new design to the interior and exterior of the vehicle. The Discovery 3 was able to have a fresh, minimalist style. The interior featured a flexible seven seat layout. Passengers in the rearmost row now entered through the rear side doors, instead of the tailgate as in previous versions. The driver benefited from a DVD navigation system, including some optional features like Bluetooth telephony in later models. Like the Range Rover, this audio, information & entertainment ("infotainment") system in the Discovery 3 adopted an electronics architecture whereby the system's distributed control units pass information and audio amongst one another and throughout the vehicle via optical links based on the MOST (or, Media Oriented Systems Transport) fiber-optic automotive networking standard (informally called the "MOST-bus")The system's navigation functions were unique to Land Rover because, in addition to the typical road map navigation, benefits included an off-road navigation and four-wheel drive information mode. When in four-wheel drive information mode, the screen showed a schematic of the vehicle, displaying the amount of suspension movement, angle the front wheels were steering, the status of the locking differentials and icons showing which mode the Terrain Response was in, and what gear was selected on automatic versions. 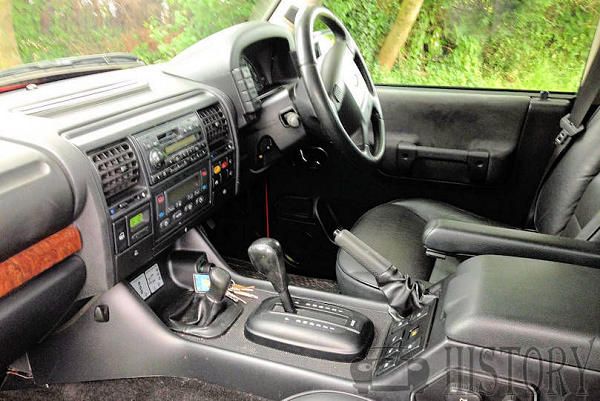 The vehicle was well received by the press on its launch, with the Terrain Response system, improved on-road dynamics and interior design being selected for praise. Jeremy Clarkson of the BBC's Top Gear motoring show drove one to the top of Cnoc an Fhreiceadain, a 307 m (1,007 ft) mountain near Tongue in northern Scotland, where no vehicle had previously reached. Richard Hammond, presenter of 'Top Gear, praised it as the "Best 4X4 of all time". In Australia, the vehicle was awarded "4WD of the Year" by the 4WD press.

In 2006, Land Rover used the Discovery 3 in its G4 Challenge, alongside the Range Rover Sport. The vehicles used are all in standard mechanical form, and are fitted with equipment from the standard Land Rover brochures.

The first all-new model placement since the Freelander, the Range Rover Sport is based on the Discovery 3 platform, rather than on the larger Range Rover.

A facelift model of the Discovery 3, made in the UK from August 2008 onwards offered an upgrade to the stereo system (Harman Kardon) as standard with integrated steering wheel controls and a six CD stacker, clear indicator side lights, and colour-coded bumpers.

In North America, the LR3 was renamed LR4, debuting at the 2009 New York International Auto Show.

It is an armoured Discovery 3 S with B6 ballistic level of protection, Side blast and under floor grenade protection, Independent ballistic and blast certification, Uprated suspension, handling and braking system, Wheels fitted with run-flat tyre system.

The vehicle was unveiled in Gerotek, outside Pretoria.

A driverless version of the LR3 finished 4th in the DARPA Urban Challenge. 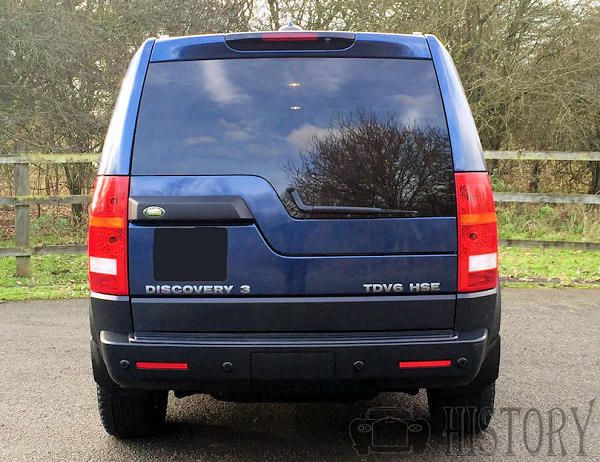