The Lancia Fulvia is an automobile of the Italian manufacturer Lancia . The vehicle was built from autumn 1963 to early 1976 and is considered the successor to the Lancia Appia .Like other Lancia models after the 1950 Aurelia presented the Fulvia was named after a classic Roman road  the Via Fulvia .

The Fulvia was available as a Berlina ( sedan ) and a coupe . In addition, there was, as usual at Lancia, a designed at Carrozzeria Zagato and built in small series hatchback coupe é with the traditional name sport . The technical concept of the Fulvia comes from Professor Antonio Fessia , the shape of the sedan and the Fulvia Coupé was designed by Pietro Castagnero in the Centro Styles at Lancia. The Lancia Fulvia Sport on the technical basis of the coupe was drawn at Zagato by Ercole Spada .

The Lancia Fulvia was based on the published in the autumn of 1960 larger Lancia Flavia . Both models had for the first time the then very advanced front-wheel driveand clear straight lines. All Fulvia models had disc brakes, an elaborate suspension ensured excellent road holding.

At the market launch in the fall of 1963, only the four-door sedan was available. In the spring of 1965, the filigree coupe was presented as an addition, which was also used in a special rally version for many years in racing and also won the title.From the end of 1965, the Lancia Fulvia Sport designed by Ercole Spada at Zagato was available on the basis of the factory coupe. 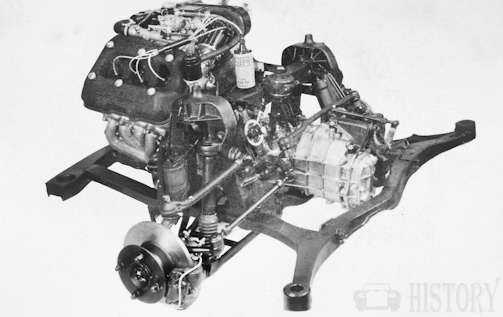 From autumn 1964 the Fulvia 2C was offered. Two Solex twin carburetors increased the power to 71 hp and ensured better performance.

At the Turin Motor Show Lancia introduced in March 1965 before the elegant Fulvia 1.2 Coupé. With its timeless, graceful design, the Fulvia Coupé is considered the masterpiece of Pietro Castagnero. The Fulvia Coupe was based on the shortened to 2330 mm wheelbase base of the sedan. With an enlarged to 1216 cc engine with 59 kW (80 hp) at 6000 / min, improved chassis, only 960 kg weight  the coupe of the first series a top speed of 160 km / h. From spring 1967 to the end of 1969 there was the Fulvia 1.2 Coupe with unchanged performance with a 1231 cc engine.

Both versions now had a five-speed gearbox and alloy wheels and had a weight of 850 kg. Because of the large headlights, the Fulvia 1.6 HF was nicknamed "Fanalone".

The third body variant of the Fulvia was drawn by Ercole Spada at Zagato on behalf of Lancia: the end of 1965 presented Lancia Fulvia Sport, a coupe that optically completely different from the other variants. All versions of the Fulvia Sport have been handcrafted at the Terrazano di Rho factory. Some sheet metal parts pressed the Turin supplier Ellebi . Mechanical identical to the Fulvia 1.2 coupe ensured improved aerodynamics, a weight-aluminum body and a changed gear ratio for driving pleasure and a higher top speed. At 915 kg weight of the Fulvia Sport of the first series reached 169 km / h.

As in the extravagant Flavia Sport, the rear window could also be opened electrically in the more conventional Fulvia Sport to ensure good ventilation of the interior.The evolution of the Coupé also affected the Fulvia Sport: 1967 came the Fulvia Sport 1.3 with the enlarged to 1298 cc engine with 87 hp. The first 709 vehicles of the Fulvia Sport 1.3 still received the aluminum body. The later had a steel body, hoods and doors were made of aluminum. This resulted in significantly better stability to an additional weight of 20 kg.

The coupe version of the Fulvia was also built in a special version for rally racing . The Lancia Fulvia Coupé Rallye 1.6 HF was equipped with a 1584 cc engine with 132 hp at 6600 rpm and a 5-speed gearbox. The vehicle participated in 1969 from the World Rally Championship , which won the Lancia team with this car in 1972. In the same year, the Lancia factory team with Sandro Munari at the wheel also won the prestigious Monte Carlo Rally .

The performance of the 1584 cc engine had now been increased to 158 hp at 7200 rpm. With its light weight of 830 kg and its front-wheel drive, the Fulvia Coupe was a strong opponent for the Porsche 911 and Renault Alpine. Especially on bad slopes, the drive concept of the Lancia was superior to the more powerful rear-wheel drive vehicles and secured many victories for the small coupe.

After the introduction of the legendary Stratos HF in 1972, the Fulvia was withdrawn from the factory rally team. One of the last races of a Lancia Fulvia Coupe was the Rally Safari 1974: Munari / Drews finished third. The almost countless operations of the Fulvia Coupé from November 7, 1965 to April 14, 1974 ushered in Lancia's decades of dominance in rallying.

In addition to the successful in the rally works works car Lancia Fulvia Coupé Rallye 1.6 HF, there were produced by Zagato in 1968 racing car with aluminum body: 27 Lancia Fulvia Sport Competizione and two other vehicles that were later known as the Sports Daytona.

The 27 race cars of the 818332 series were used in the following years by privateers with great success in many local competitions in Italy.

The two Lancia Fulvia Sport Daytona were modified for races in the US and were given the corresponding regulations under double headlights under Plexiglas hoods, were facilitated by the use of Plexiglas for side and rear windows and got to 155 HP more powerful engines. In 1969 , these two vehicles participated with factory support in two long-distance races in the US. On February 2 and 3, 1969, Claudio Maglioli and Raffaele Pinto won the Daytona 24-hour race in the class of sports prototypes up to 2 liters on their Lancia Fulvia Sport Daytona, finishing 11th overall. At the 12 Hours of Sebring on March 22, 1969 Maglioli and Pinto reached the 18th place in the overall standings.

At the end of production 1st and secon generation Fulvia was the most successful car of Lancia. A total of just under 340,000 vehicles were built, of which about 190,000 sedans and 140,000 coupes. 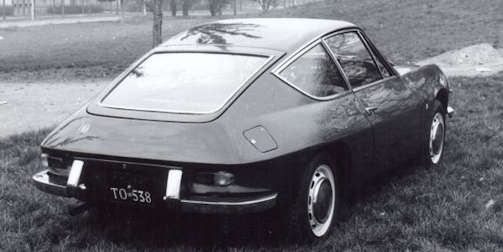