The Lancia Beta was a passenger car that was built from the fall of 1972 until the end of 1984 by the Italian car manufacturer Lancia . It was named after the second letter of the Greek alphabet as a continuation of the nomenclatureused at the beginning of the company's history . Standard model was a four-door sedan ( Berlina ) with hatchback, which was revised over the years externally by Pininfarina . Later, other body styles with independently designed bodies were added.The Beta Coupe was a two-door sedan, the Beta HPEa three-door combo coupe , the Beta Spider a convertible with Targa roof and fixed roll bar and the Beta Trevi a four-door notchback sedan. Under the name Beta Montecarlo was finally sold a two -seater mid - engine coupé, which technically had little in common with the beta family.

The first model of the series appeared in November 1972, the hatchback, also called Berlina.The Gianpaolo Boano modern designed hatchback body of the sedan encountered in some brand friends to little love. She did not have a large tailgate, but a small lid over the trunk. Although the passengers were not affected by weather conditions when opening the trunk, but the access to the trunk was made difficult by the relatively small flap.

The technology was modern. The Beta sedan offered front-wheel drive with transversely mounted engines, five-speed gearbox, independent suspension with shock struts all around and a special dual- circuit brake system with four-and two-wheel division  , in the case of failure of one of the brake circuits always braking power on both front wheels is maintained ("Lancia Superduplex ") , with discs on the front and rear axles.

The independent suspension on all four wheels consisted of front wishbones with stabilizer and MacPherson struts and rear of the Camuffo rear axlewith struts, two wishbones and a stabilizer. However, Lancia's originality was lacking for some, and the Beta had a reputation for being a masked Fiat; in fact, the engines of the Lancia Beta were reworked Fiat twin-cam engines with two overhead camshafts.

The Lancia Beta had already from the beginning of the concept for at that time far-reaching safety features such as fully foamed interior linings, Lancia super duplex braking system, three-part safety steering column, integrated roll bar, laminated glass windscreen (the coupe also the rear window), side impact protection, fire protection system and from 1979 catch for the hood ,

For all trim, bezels and bumpers, Lancia used the Beta (except for the Montecarlo) stainless steel.

The benefits of the Beta include space, comfort, high-torque engines, safe road holding and strong brakes. Initially, there were three straight-fours in the program, a 90 hp (66 kW) 1.4-liter engine, a 100 hp (74 kW) 1.6-liter engine and a 1.75-liter engine with 110 hp (81 kW). The official names of the vehicles with these engine variants were 1400, 1600 and 1800. Thanks to the well-graded 5-speed transmission, the Lancia Beta offered an elasticity that was only achieved by a few competitors in this performance class.

Two equipment variants were available: a basic model and the Beta LX, which was not offered in conjunction with the 1.4-liter engine. 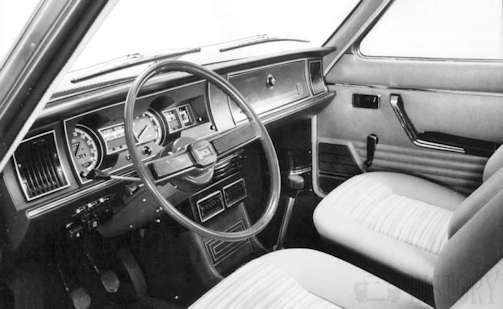 The sedan was redesigned by Pininfarina in many details, as the grille, headlights, rear lights, rubber strip on the flanks and a new plastic trim on the third side window concerned. In the entry-level engine 1300, however, the black plastic grill was still installed in the Berlina. The engine range now staggered in 1.3-liter (82 hp), 1.6-liter (100 hp) and two-liter (119 hp).

On the Camuffo rear axle, the ball joints to connect the stabilizer bar and stub axle were replaced by rubber bushings. The mounting of the stabilizer tie bar on the vehicle body was also changed.The front was retouched and the interior refreshed with a dashboard with numerous round openings in which sat instruments and warning lights. The engine supply shrank to the 1.6 l (100 hp) and 2.0 l petrol (115 hp).

In March 1980 debuted the notchback version Beta Trevi, which turned to the conservative clientele, which faced Lancia hatchbacks many times distanced. The body of the Beta Trevi was designed by in-house designers; Detailed work contributed to Pininfarina.

The two-liter engines of the Beta series (up in the Berlina and Montecarlo) received in the fall of 1981, the electronically controlled Bosch L-Jetronic injection, which increased the power to 122 hp. A special case was the Spider dar. It was offered only in North America with the injection system, in the remaining markets to the end of production with carburetor. The 1.3-liter engine of the coupe grew to 1367 cc and made 84 hp.

In December 1984, the production of all Beta and Trevi models was discontinued.

The variants Berlina (sedan), Coupe, HPE, Spider (as Lancia Zagato) and Montecarlo (the latter under the name Lancia Scorpion) were exported from autumn 1975 to mid-1982 in the United States. In seven years, 17,965 copies were sold.

The bodies corresponded to the Lancia Beta from Italy. The models were powered by a series four-cylinder engine with 1917 cc displacement, which developed 80 kW (109 hp). This engine was also used in the Seat 131 and Seat 132 . The Lancia models brought it to 180 km / h.These vehicles were the only Seat-made cars that did not carry a Seat emblem. The success was moderate with 2,746 copies.

The Beta Berlina Group 1 according to FIA regulations was the first vehicle of the Beta series, which was used in racing. In 1973, the well-known Italian Jolly Club team started for the first time with a Beta Berlina. The Jolly Club team subsequently took part in all of Italy's Group 1 Series Touring Car Racing events in 1973, as well as at the San Remo Rally and the Ivory Coast Rally (then still known as Rally Bandama) of the same year. A use as Lancia factory vehicle was not. 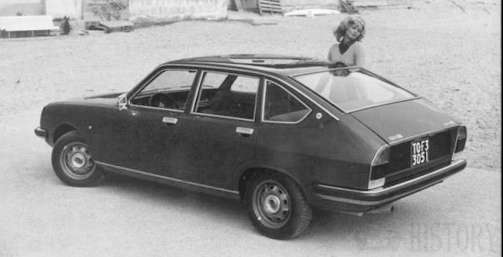