Lancia Augusta was an automobile of the manufacturer Lancia in the 1930s . It was an intermediate model between the  mid- size car Lancia Artena and the top-of-the-range Lancia Astura .Avaliable in sports or saloon body, the sedan version was the first vehicle with self-supporting structure and counter-opening doors.

The Augusta was made in main plant, but also in a new factory in Bonneuil -sur-Marne that had been built since 1931.

In France, the model was sold as Lancia Belna . A total of 17,217 vehicles were manufactured, of which 3000 vehicles in France, of which 2500 as sedans and 500 to build to external coachbuilders, most of which went to Pourtout . 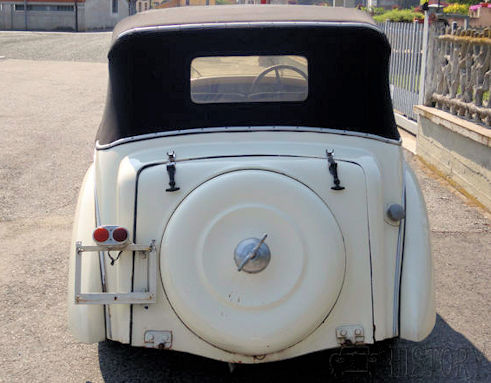