The Lancia Delta S4 is a Group B rally car that competed in the World Rally Championship in 1985 and 1986, until Group B cars were banned from competition by the FIA. The car replaced and was an evolution of the Lancia 037. The S4 took full advantage of the Group B regulations, and featured a midship-mounted engine and all-wheel drive for superior traction on loose surfaces.

The car's 1,759.3 cc four-cylinder engine combined supercharging and turbocharging to reduce turbo lag at low engine speeds. Officially, the car produced 480 horsepower (350 kW), but the one that participated in the 1986 World Rally Championship developed over 560 horsepower (417 kW). In 1985, Lancia engineers tested a S4 engine under extreme conditions, reaching 5 bars boost, developing around 1000 horsepower. An engine capacity multiple of 1.4 was applied to forced induction engines by the FIA and the choice of 1,759 cc put the S4 in the under 2,500 cc class, which allowed for a minimum weight of 890 kg (1,962 lb). The combined super/turbocharger system (often referred to as twincharging) was a development of the 037 engine that produced 350 hp (261 kW) with a supercharger only.

Like Peugeot's earlier 205 T16, the mid-engine Lancia Delta S4 was a Delta in name and body styling only (for marketing purposes), and shared virtually nothing in terms of construction with the production front-engine Delta. The chassis was tubular space frame construction much like the 037. It featured long travel double wishbone suspension front and rear, with a single large coil over at the front and separate spring and twin shock absorber at the rear. The bodywork was made of a carbon fibre composite with front and rear bodywork fully detachable for fast replacement due to accident damage, allowing ease of access during on-event servicing. The bodywork featured several aerodynamic aids including bonnet opening behind the front-mounted water radiator with Gurney flap, front splitter and winglets molded into the front bumper panel, flexible front skirt, and rear deck lid wing that featured both a full aerofoil wind section twinned with a deflection spoiler. The door construction style was brought from the 037 with a hollow shell all-Kevlar construction that had no inner door skin, no door handle or window winder. The door was opened with a small loop and the windows were fixed perspex with small sliding panels to allow some ventilation and passing of time cards and suchlike. For homologation purposes, Lancia built 200 road-going S4 Stradales. Like the rally car, these were mid-engined with 1.8-litre engines, producing 250 PS (180 kW; 250 hp) in road tune.

The all-wheel drive system, developed in cooperation with English Hewland, featured a centre differential which allowed for between 60 to 75% of the torque to go to the rear wheels.

The Group S Lancia ECV was to replace the Delta S4 in the 1987 season but Group S was scrapped along with Group B and Lancia used the production-derived Delta in 1987.

In competition the car won its first event, the 1985 RAC Rally in the hands of Henri Toivonen and carried Markku Alén to second in the drivers' championship the following year. For two weeks after the end of the 1986 season Alen was champion until the FIA annulled the results of the Sanremo Rally due to irregular technical scrutineering. Alén had won that event and the loss of points handed the title to Peugeot's Juha Kankkunen. All told, in 1986 there were 3 wins for the Delta S4 (Sanremo not included). The Monte Carlo Rally by Toivonen, Rally Argentina by Massimo Biasion and the Olympus Rally by Alén. The car also won the 1986 European Rally Championship with Italian driver Fabrizio Tabaton, whose car was run by Italian team HF GRIFONE in ESSO livery. The factory supported Jolly Club team also ran cars in TOTIP livery, one of which was for Dario Cerrato.

The car's legacy was tainted by the fatal crashes of Toivonen and co-driver Sergio Cresto on the 1986 Tour de Corse, where the Finnish driver inexplicably missed a tight left-hand hairpin bend and plunged into a ravine, incinerating the car and the two drivers. 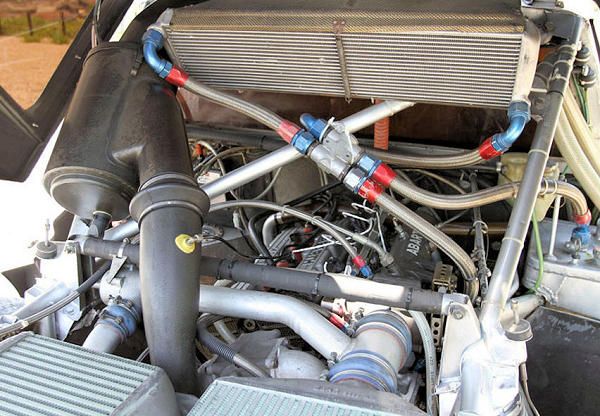 The method of turbocharging and supercharging an engine is referred to as twincharging. This technology is very rarely used because most racing restricts to one means of forced induction, and rarely on road cars as its benefits lie mostly in the realm of boost curve fine tuning (quicker boost response) and allowing for said with the use of a freer flowing turbine/housing spec on the turbo to make it more efficient (or less inefficient, compared to the tighter housing needed to minimise lag) at higher rpm. Such twincharging does still see use in some hillclimb racing, where throttle and boost response are paramount over peak power concerns. The S4 itself, when everything worked perfectly, managed to hit 2.2 bars (32 psi) boost.

Nissan produced the March Superturbo in 1987 which was also both supercharged and turbocharged. The most recent application of twincharging is found in Volkswagen's 1.4 TSI engine, launched in 2006. 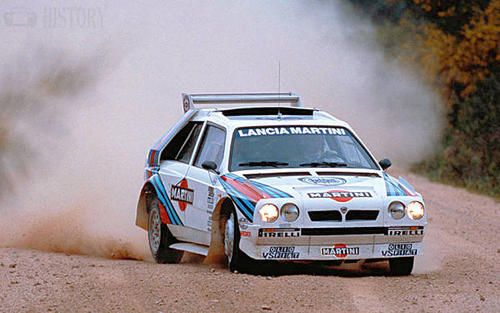 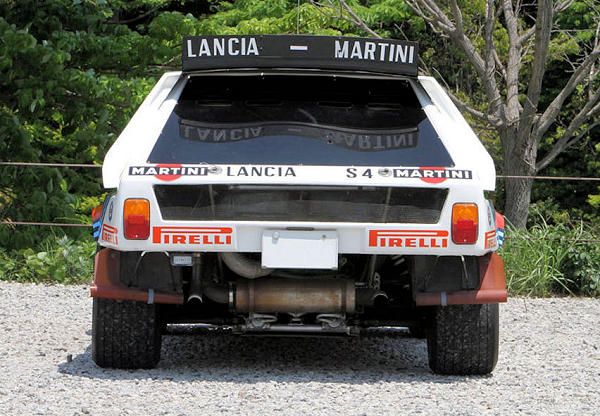