The concept vehicle was presented as a "technology demonstrator Plug-in Hybrid". the Lamborghini Asterion will not be produced with respect to a hybrid vehicle would only exist if the hybrid technology was performance-enhancing. Before deciding not to produce the vehicle, the Lamborghini Asterion was seen as a potential competitor to other hybrid supercars such as the McLaren P1 and the Porsche 918 . 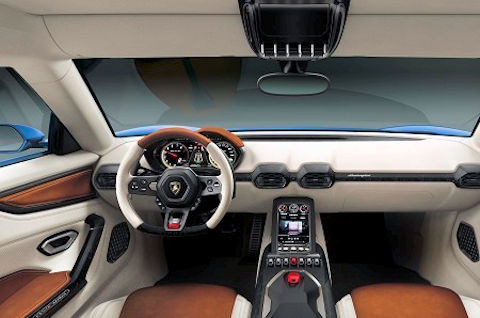 The vehicle built with aluminium, carbon fiber and titanium body. has a V10 mid-engine with 449 kW  Furthermore, sits on the front axle, a dual engine with a lithium-ion battery, which provides a combined power of 221 kW. The maximum speed of the car is 320 km / h, when the vehicle is only electrically running, the maximum speed 125 km / h. The all-electric range of the Gran Turismo is 50 km. The hybrid technology increases the vehicle weight by 250 kg.