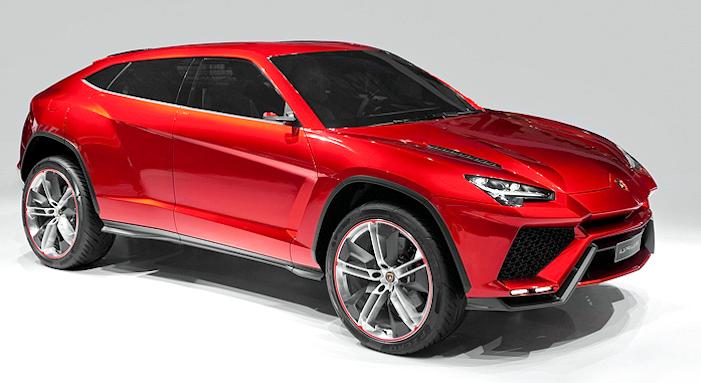 The Lamborghini Urus is a concept SUV designed by Lamborghini unveiled at the Beijing Auto Show on 23 April 2012. The name comes from the name of the wild ancestors of domestic cattle, also known as aurochs.

The Lamborghini Urus SUV concept would be much lighter at about 100 kg (220 lb) than some other SUVs because of extensive usage of carbon fiber, although it is based on the same platform as the Audi Q7, Bentley EXP 9 F, Porsche Cayenne, and Volkswagen Touareg.The Urus Super SUV will feature a 584 bhp (435 kW; 592 PS) turbocharged 5.2 liter V10 engine by Audi that includes an electric motor with plug-in capability. The Urus has a front-engine, all-wheel-drive layout. The Urus is approximately 16 feet (4.9 m) long, but only about 5.5 feet (1.7 m) high. Top Speed Of 205 mph (328 kph). Lamborghini is still considering this a concept car and are making decisions about tire size and engine type. The Urus seats four people.

Earlier appearance of the name

Lamborghini had trademarked the name "Urus" before the introduction of the Lamborghini Estoque at the 2008 Paris Motor Show, and automotive news blogs Jalopnik and Autoblog believed that the name would be applied to what was eventually found to be the Estoque.

In September 2013, Lamborghini CEO Stephan Winkelmann confirmed that the Urus will go into production, making it the company's first SUV since the LM002. Winkelmann stated that sales potential is estimated at 3,000 per year. 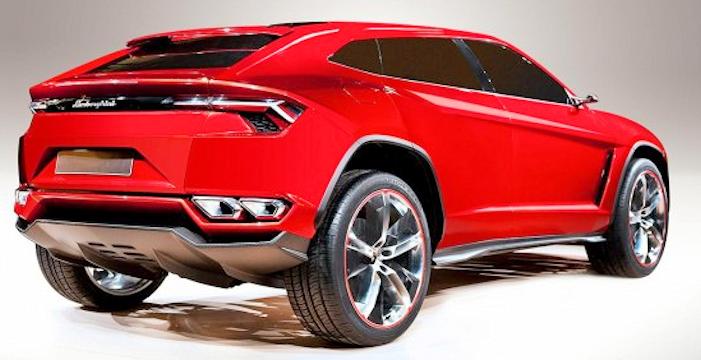