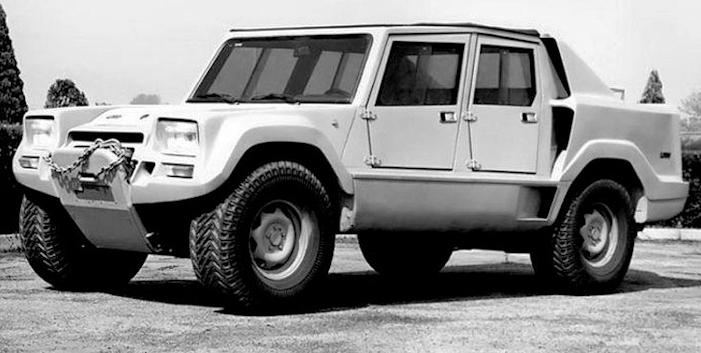 The Lamborghini LM001 was a prototype offroad vehicle designed and built by Lamborghini. It was first revealed at the 1981 Geneva Auto Show with the new Jalpa.

Despite the failure of the Cheetah project, the idea of a Lamborghini off-road vehicle was still very much alive, and with new capital from investors, the Cheetah concept was redesigned into the LM001. Unlike the Cheetah's Chrysler engine, the LM001 prototype had a 180 hp 5.9L (360 ci) AMC-built V8, with the intention of offering the V12 from the Countach for production models.

The LM001 was found to have unfavorable handling characteristics when accelerating. This problem was traced to the placement of the engine in the rear. As a result, the LM001 was discontinued after one prototype was made.

The chassis was a tubular steel frame on which was mounted a body strongly inspired by that of the US parent, shaped very boxy and flat panels which could easily accommodate reinforcement plates for any armor. The car had four seats and four doors, with a canvas roof, once folded, she would have enabled a machine gun (mounted on a turret) to protrude from the vehicle, a useful option when using military means . Cooling requirements of the engine imposed the presence of large air intakes behind the rear doors and large openings for the outlet of hot air at the sides of the external spare wheel.

The suspension was independent of both the forecarriage that the rear and ventilated disc brakes were installed on the same contemporary Lamborghini Countach. The rear engine and consequently the light front end made useless the presence of power steering.

The engine was a classic V8 engine of US school, with pushrods and rocker arms, the wet sump, and a displacement of 5.9 liters, fed by a carburetor quadricorpo of Motorcraft. It was connected to the wheels by an automatic transmission Chrysler A-727 to three reports with torque converter and a system of permanent four wheel drive. 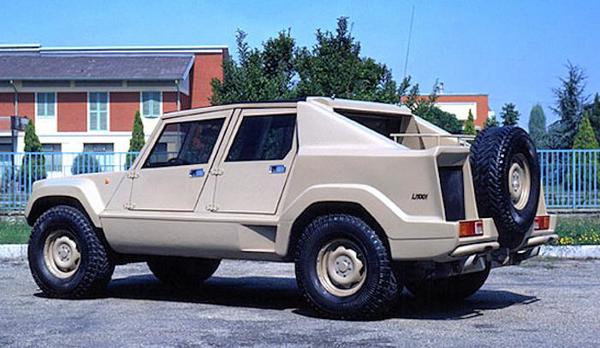