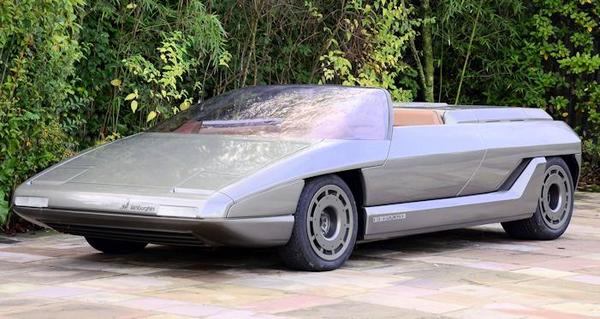 The Lamborghini Athon is a concept car designed by Bertone for Lamborghini.

It was first displayed at the 1980 Turin Motor Show.

Widely praised, the design was based on the Silhouette chassis, which was out of production at the time.

It was a sleek topless roadster, with a finely detailed, futuristic interior. The Athon was powered by a 3L, 260 bhp (194 kW) V8 engine.

The vehicle was never intended to be put into production, with Lamborghini's financial troubles at the time sealing its fate. It appeared on the show car circuit and then was sent to the Bertone museum.