The 350 GTV featured a controversial semi-fastback body designed by Franco Scaglioneand built by Carrozzeria Sargiotto in Turin. Giorgio Neri and Luciano Bonacini built the tube frame chassis in Modena. Giotto Bizzarrini developed a 3.5 litre dry sump racing-specification V12 engine, with an output of 255 kilowatts (347 PS; 342 bhp) at 8,000 rpm, and torque of 326 newton metres (240 lbf·ft), using the DIN measurement standard, for use in the car.

Ferruccio Lamborghini was dissatisfied with several design features of the 350 GTV, and with the state of tune of the engine. He commissioned Carrozzeria Touring to redesign the car to be more practical and had the engine detuned to 270 brake horsepower (201 kW; 274 PS) at 6,500 rpm for use in the production car. The new body and retuned engine resulted in the first production Lamborghini, the 350 GT.

Lamborghini continued with the 350 GTV as a show-only prototype. During assembly, the workforce discovered that the body panels would not fit around the engine. Since he had no further plans for the 350 GTV beyond being a show car, Lamboghini had the engine bay ballasted with bricks and kept the bonnet shut throughout the Turin Auto Show. The incomplete show car also lacked brake calipers, foot pedals and windshield wipers.

After the 1963 Turin Auto Show, the 350 GTV was placed into storage. The 350 GTV remained in storage until the mid-1980s, when car dealer Romano Bernandoni and his cousin, Lamborghini expert Stefano Pasini, convinced the management to sell the 350 GTV to them. Bernandoni and Pasini did not receive the gauges and steering wheel with the car. They did, however, receive several proposals to modify the car into running condition and accepted one. During the modification process, the car's colour was changed from its original pale blue to deep metallic green at the owner's request.

The 350 GTV was then sold to a Japanese collector, who placed the car in the Noritake Collection. Several years later, the 350 GTV was placed on display at the Lamborghini Museum in Sant'Agata Bolognese, Italy. 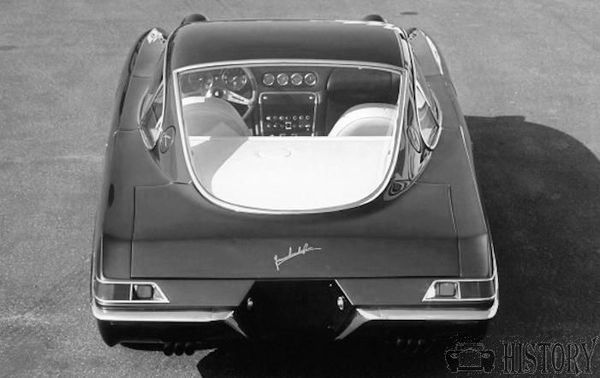