The Lamborghini Espada is a 4-seat grand touring coupé built by Italian car manufacturer Lamborghini between 1968 and 1978.

The car was designed by Marcello Gandini at Bertone. Gandini drew inspiration and cues from two of his Bertone show cars from 1967, the Lamborghini Marzal and the Jaguar Piraña.

The Espada was a four-seater GT, selling alongside the 2+2 400GT and the mid-engined Miura. 1217 Espadas were made, making it the most successful Lamborghini model until the expansion of Countach production in the mid-1980s.

The name "Espada" means "sword" in Spanish, referring to the sword that the Torero uses to kill the bull in the Corrida.

The Espada was launched at the 1968 Geneva Motor Show. The original design of the dashboard was inspired by the Marzal concept car, and featured octagonal housings for the main instruments, topped by an additional binnacle for the secondary gauges. Wheels were Campagnolo alloys on knock-off hubs, of the same design seen on the Miura. The tail lights were the same units mounted on the first series Fiat 124 Sport Coupé. 186 were made before January 1970

At the 1970 Brussels Motor Show Lamborghini unveiled the Espada S2. Outside the only change was the deletion of the grille covering the vertical glass tail panel. Inside changes were more radical: all-new dashboard, centre console and steering wheel were installed. The instrument binnacle was of a more conventional rectangular shape, with round gauges. A wood-trimmed fascia extended along the entire width of the dashboard. Power output increased to 350 PS (257 kW; 345 bhp) due to a higher 10.7:1 compression ratio; the brakes were upgraded to vented Girling discs. Power steering was offered as an option. 575 Series II Espada were made,making it the most common variant.

The Espada S3 was launched in 1972. Its 3.9 L V12 engine produced 325 PS (239 kW; 321 bhp) With the second redesign the dashboard changed to a aluminium-trimmed cockpit that kept all instruments and most controls (including the radio) within easy reach of the driver. Newly designed wheels on five-stud hubs replaces the earlier knock-off wheels, making the Espada S3 instantly recognizable; other exterior changes included the square instead of hexagonal mesh grille and tail lights from the Alfa Romeo 2000 replacing the previous Fiat-sourced ones. In 1974 a Borg Warner automatic transmission became available. From 1975 large impact bumpers had to be installed to meet United States safety requirements; some people consider cars produced with them as a separate fourth series, but Lamborghini did not officially change the model designation. 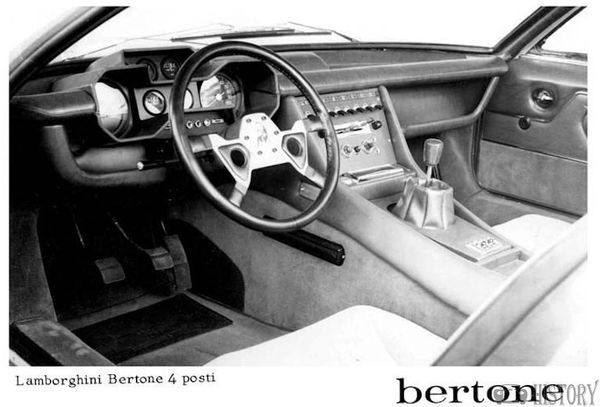 At the 1978 Turin Motor Show coachbuilder Pietro Frua presented a one-off 4-door sedan based on the Espada, called the Lamborghini Faena. The wheelbase was extended by 18 centimetres (7.1 in). It is currently owned by a Swiss collector.

In 1999, a new version of the Espada was rumored to be in the works, but it was right at the time Lamborghini wanted to concentrate on a Diablo successor, so little became of the idea aside from a few drawings.

In 2006, Edmunds.com reported that Lamborghini intended to revive the Espada in 2009. Lamborghini presented the 4-seat Estoque concept car at the 2008 Paris Motor Show, however no production model has been forthcoming.

Its 3,929 cc (240 cu in) V12 engine breathed through six Weber side-draft carburators and 24 valves commanded by two chain-driven overhead camshafts per bank. The gearbox was mounted in block with the engine. Most transmissions were manual, and the Espada also introduced one of the first automatic transmissions able to transfer the torque of a large sporting V12. It had unusual gearing, with 3 ratios: drive, 1 and reverse. When leaving the factory it originally fitted Pirelli Cinturato 205VR15 tyres (CN72). 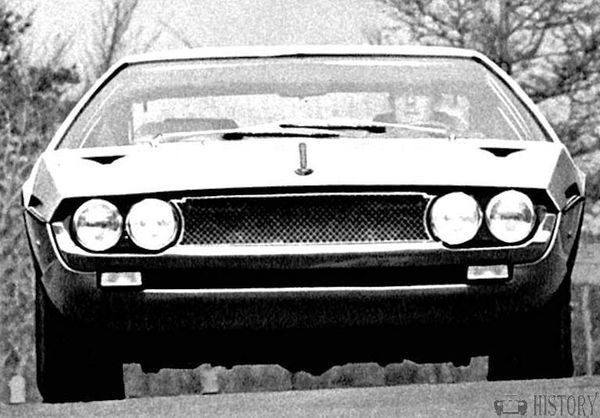