The Lamborghini Jarama is 2+2 grand tourer built by Italian car manufacturer Lamborghini between 1970 and 1976. It was designed by Bertone designer Marcello Gandini. Ferruccio Lamborghini was concerned the car would be thought to be named after the Jarama racing circuit near Madrid, while he meant the car to be named for the Jarama bullfighting region in Spain. In this way it carries a special double meaning. 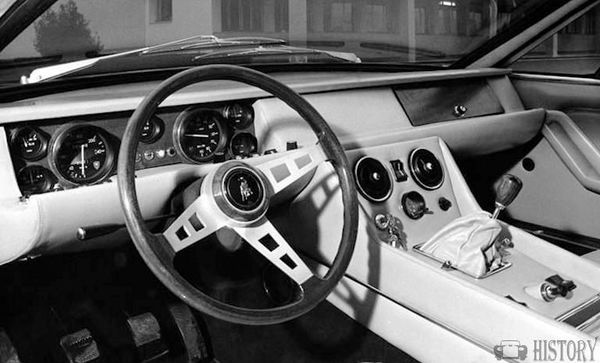 In 1970, Lamborghini had to redesign the Islero to meet new United States safety and emissions regulations. So instead of just redesigning the Islero Lamborghini made the Jarama, a mark 2 Islero. Lamborghini made the Jarama with a shorter chassis to meet U.S. standards. The Jarama's chassis was shortened only by 10.7 inches. The Jarama was now built on a shortened version of the same platform as the Espada. Even though the Jarama was heavier than the Islero, it had the same top speed. Two different models were made, the original GT (1970–1973) model having 350 bhp (260 kW) V12, and the GTS (also known as Jarama S) (1973–1976) with its output upped to 365 bhp (272 kW). Also, with the GTS there were a few minor body modifications and power assisted steering, removable roof panels, and an automatic transmission became available as options. A total of 328 Jaramas were built.

Ferruccio Lamborghini's personal Jarama GTS is on display at the official Lamborghini museum at the company's factory in Sant'Agata Bolognese, Italy.

It is easy to confuse the Iso Lele and the Lamborghini Jarama as their external design is largely the same, as both were designed by Marcello Gandini.