Lamborghini 400 GT is the name given to two grand tourers produced by Italian manufacturer Lamborghini.

The second 400 GT, commonly known as the 400 GT 2+2, had a different roofline, and minor sheetmetal changes compared to the 350GT and first 400 GT. It was first presented at the 1966 Geneva Auto Show. The larger body shape enabled the +2 seating to be installed in the rear, where the 350GT only had room for luggage or +1 seating. The bodywork was designed by Carrozzeria Touring. The 400 GT 2+2 also had a Lamborghini designed gearbox, with Porsche style synchromesh on all gears, which greatly improved the drivetrain. When leaving the factory the 400 GT originally fitted Pirelli Cinturato 205VR15 tyres (CN72).

Giorgio Neri and Luciano Bonacini, who were already previously known for their work on the "Nembo" series of Ferraris, had been previously retained by Ferruccio Lamborghini to build the first prototype Lamborghini chassis and engine, the 350 GTV. They had acted as Lamborghini's chassis supplier, before turning that job over to Marchesi once production of the 350 GT was underway. Neri and Bonacini then turned their hand into their interpretation of a high speed Lamborghini GT sports car.The Lamborghini 400 GT Interim Monza was a one-off 2-seatr sports car based on the 400 GT, featuring unique bodywork by Neri and Bonacini.

Originally meant to be called the "400 GT Neri and Bonacini" the name was simply shortened to "Monza". The car was reportedly built for an American client for the possibility of racing it in Le Mans. However, homologation problems put a quick end to that plan. The car was eventually sold of at the Barcelona Motor Show to a wealthy Spaniard, where it remained until the owner died in the early 1990s. In 1996, Brooks (now Bonhams) was contacted by the family of the now deceased owner to appraise some other cars, when the 400 GT was discovered in storage. After nine years of negotiations, the car was finally put up for auction at Bonhams for a reported £160,000 to a UK collector. 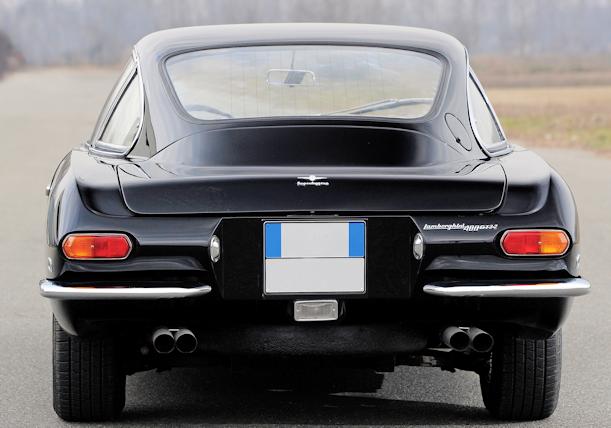