From the autumn of 1953 a new Lagonda, the 3-litre, was introduced. This model retained the all-independent chassis frame of the original postwar model, but had the enlarged 2922cc engine which was also being fitted to the latest Aston Martins, which in this form produced a maximum of 140bhp (gross) instead of the 105bhp (net) of the original 2.6-Litre car.
The body styling, however, was completely new, and was a sleek creation by Tickford, available as a two-door saloon or as a two-door drophead coupe; a four-door saloon style soon followed. Performance was indeed improved, so that a maximum speed of more than 100mph was available, and the car gained the Royal seal of approval when an example was acquired (and retained for some years) by the Duke of Edinburgh.
By this time, however, David Brown's heart was in motor racing and the progressive improvement of Aston Martin models. When production of cars was
moved from Feltham to Newport Pagnell (the old Tickford factory), building of Lagondas petered out, and no further Lagonda models were built until the beginning of the 1960s, when the DB4-based Rapide arrived. 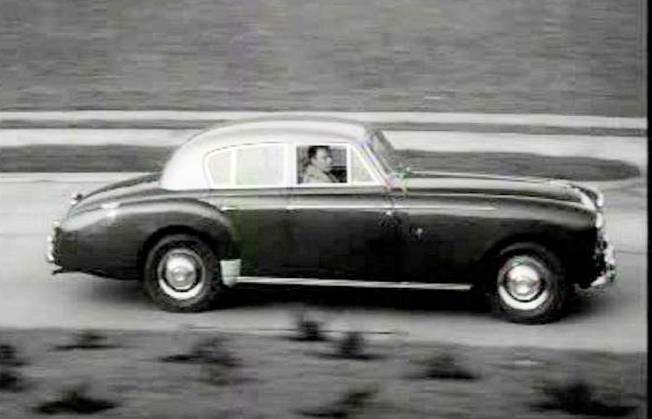