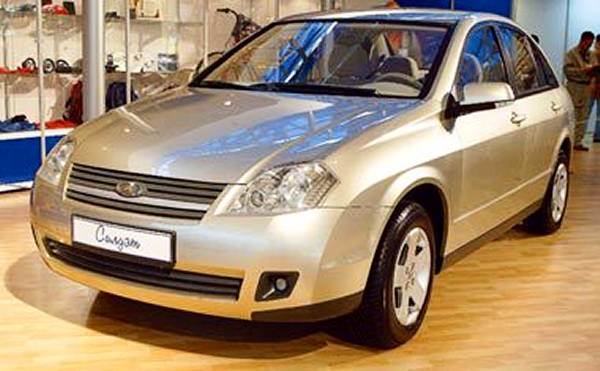 The Lada Silhouette (also known as the Lada 2116) is a family car concept car developed by Russian automaker AvtoVAZ in collaboration with Porsche Engineering (who also had input into earlier VAZ designs such as the Samara (VAZ-2108) and the Lada 110-series) and originally revealed to the public in 2005.

In 2006, the concept was revised and called the project was dubbed Project C, and is known by the official designator VAZ-2116.

Specially for Lada the Silhouette developed completely new fore-part a platform and the two-liter engine. A diesel engine .

Leaked photographs of the vehicle were originally published in 2008, and early speculation cited a launch date of around  2009 but the car never went beyond prototype stage and didn't reach production.

Silhouette (also known as the Lada 2116) Side viiew