The Lada Granta 1600T WTCC is a racing car built under Super 2000 specifications, which will be competing in the FIA World Touring Car Championship.

In the 2009 World Touring Car Championship, Lada Sport entered 3 Lada 110s and Lada Prioras, where the team saw moderate success. In 2010 the team pulled out of WTCC.

Lada is returning to the championship in 2012 with James Thompson driving the car in selected events, and in 2013, Mikhail Kozlovskiy will join Thompson in the Granta's first full WTCC season.

The car is based on the Lada Granta Cup car which is a single-make trophy, with races held mostly in Russia and the neighboring countries.

Compared to the cup car the WTCC car is fitted with a 1.6 litre turbocharged engine and the body and suspension is modified to comply with the WTCC rules. 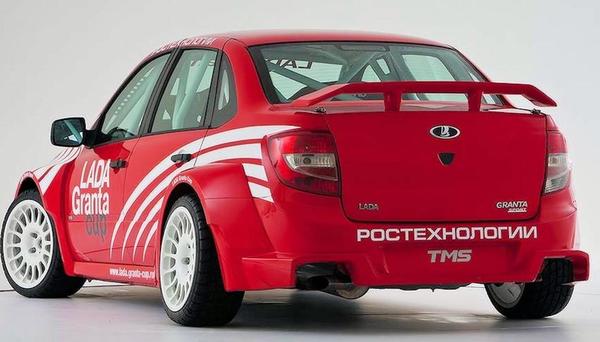