The Lada Largus is a compact car built by the Russian manufacturer AvtoVAZ since 2012. It is essentially a rebadged version of the Renault-developed Dacia Logan MCV and is produced as a joint project with Renault and Nissan.

After the Lada Riva had been removed from production in December 2010, did not produce any inexpensive and roomy station wagon models. The present model line station wagons Lada Kalina and Lada Priora have a higher completion and much higher price.  The Largus is the first joint project between AvtoVAZ and Renault-Nissan (with an investment of $550 million). It is part of a larger common plan of the companies to produce five models in Russia, based on the B0 platform. The total production in 2012 is expected to reach 27,000 cars (mostly Largus).

The Largus is being produced in a full-cycle production unit. It is equipped with air conditioning, an anti-lock braking system, 2 frontal Airbag, 5 or 7 seats, bluetooth hands free and an MP3 player. It is available in two versions: as a passenger station wagon and as a high-capacity panel van. Both versions are available with either of the two petrol engine options: a 1.6-litre 8 valve 84hp or a 1.6-litre 16 valve, capable of producing 103 hp (77 kW). They are associated with a five-speed manual gearbox. The only significant changes from the original model are the grille, front bumper, lining the quarter panel and the headlights.

On 4 April 2012, AvtoVAZ launched Lada Largus production at a ceremony attended by Vladimir Putin. During his visit to Tolyatti, Putin toured the plant and signed the first Lada Largus. Sales were started on 16 July 2012. The panel van version went on sale in August 2012. 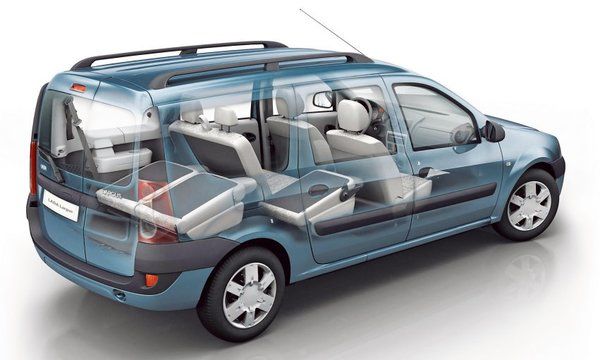