Kia introduced the second generation Carnival/Sedona worldwide for model year 2006 – in short (SWB) and long-wheelbase (LWB) models – with a 2-inch-wider front track, 3-inch-wider rear track and reduced turning radius than the first generation. The SWB model shares its platform with the Kia Magentis – and was specially designed for the European market, where it falls in the large MPV class.

With a lighter engine, greater use of high-tensile steel in the body, and a lighter transmission and rear suspension, the second generation model weighed approximately 400 lbs less than the first generation.

In certain markets, Kia offers the minivan in both wheelbases (e.g., in North America, Australia) or in other markets, simply as the short-wheelbase configuration (e.g., UK, France). Globally, the minivan has been offered with four engines as well as manual and automatic transmissions.

The basic equipment that is standard across all versions of the Kia Sedona 2006 to 2012.

Initially offered only in long-wheelbase (LWB) form, the short-wheelbase (SWB) model followed for model year 2007.Trim levels include Sedona (SWB), Sedona LX (LWB), and Sedona EX (LWB). The van was updated for the 2011 model year with a new Tiger Nose grille and taillights, a more powerful engine and a six-speed automatic transmission, but dropped the short-wheelbase version because of poor sales.

A rebadged version of the Sedona was offered from 2007-2009 as the Hyundai Entourage.

In May 2012, Kia told The Car Connection that the Sedona will be discontinued in the U.S. market after the 2012 model year, but a company spokesperson said the company doesn't expect to permanently exit the minivan market.

The American configuration earned a five-star safety rating from the National Highway Traffic Safety Administration for all seating positions in frontal and side-impact crashes. The Insurance Institute for Highway Safety also rates the Sedona "Good" – its highest rating – in front, side and rear impacts. The IIHS has christened the 2006 Sedona a "Gold Top Safety Pick", making the Sedona (and the similar Hyundai Entourage) the safest minivan currently tested.Kia has announced that the 2012 Kia Sedona will be the last Sedona for the American market. 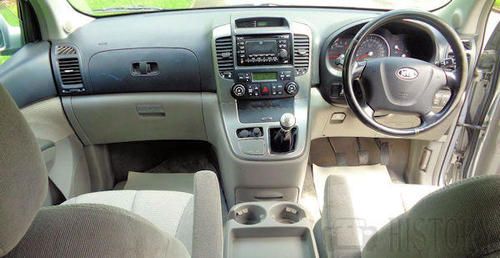 The second generation Carnival went on sale in Australia in January 2006. Initially, the long-wheelbase 3.8L V6 5-speed automatic Grand Carnival was sold alongside the previous generation 2.5L V6 Carnival, until the second-generation SWB Carnival arrived in August of that year, available in both 5-speed manual and 4-speed automatic, and new 2.7L V6 engine. Both models seat 8 passengers. A 2.9L turbo diesel engine was introduced in the Grand Carnival in March 2009. In June 2010, the Carnival and Grand Carnival underwent a mild facelift, the manual transmission was dropped from the SWB model, and the LWB model received a new 3.5L V6 and 6-speed automatic. In 2011, the SWB Carnival was dropped entirely, while the LWB model gained the new 2.2L "R" series diesel engine, replacing the previous 2.9L engine. The Carnival has been Australia's best-selling people mover since 2007.

The Kia Sedona (Carnival) has received the 2007 MotorWeek "Best Minivan" award in its 2007 Drivers' Choice Awards and The Car Book's 2007 "Best Bet" distinction. Overall, Kia models improved 22% in J.D. Power and Associates 2006 Initial Quality Study (IQS), and improved twice as much as any competitor in the last 3 years.

The Kia Sedona ranked 4th the "20 least expensive 2009 vehicles to insure" list by Insure.com. Edmunds.com names Kia Sedona as one of the "Top Recommended" Vehicles for 2010. 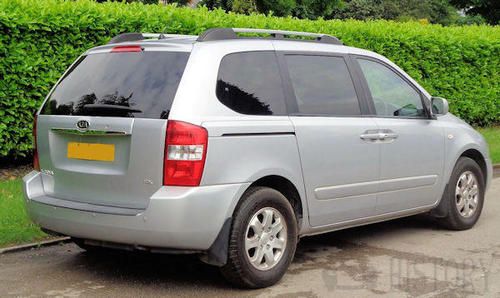